Wands at the ready 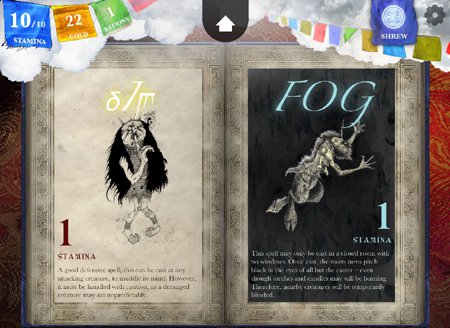 It's been a long time coming, but inkle has finally confirmed the Android release date for Steve Jackson's Sorcery!

Inkle will publish this Gold Award-winning adventure gamebook on Google Play and the Amazon Appstore on March 12th.

At review, we called the game "a thrilling combination of fantasy novel and RPG". We then added that "Sorcery! offers a wonderfully fresh take on interactive fiction".

The port has taken a lot longer to finish than inkle first thought. Now that it's finished, though, the second part of the adventure should be ported across much quicker.

So, if you fancy swashing and buckling your way through an exciting fantasy adventure that involves reading, keep an eye on the Google Play Store and Amazon Appstore on March 12th.