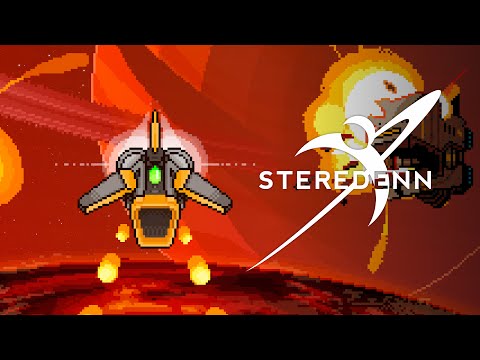 Subscribe to Pocket Gamer on
Combining roguelike and shmup, Steredenn is a colorful and challenging bullet hell bringing big lasers and bigger explosions to the App Store on May 11th.

Against detailed backdrops of planets, bright nebulas, and ship graveyards, you fight against ruthless waves of enemies, formations that grow more complex and dangerous as you survive longer.

However, to counter your enemies, you have an equally varied arsenal, ranging from screen clearing lasers and energy boomerangs to combat drones and a massive sawblade.

In arcade roguelike fashion, upgrades and perks let you customize your ship and loadout; absorbing lasers, recharging a protective shield when not firing, and more transforms your ship into a formidable force.

Steredenn: Binary Edition is an indie you need to add to your Nintendo Switch library