Come to the dark side (Now with hands-on video) 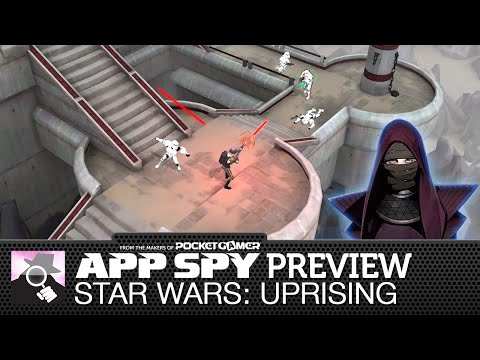 As we've told you before, it takes place between Star Wars: Episode IV - Return of the Jedi and the upcoming film Star Wars: The Force Awakens.

You're able to create your own character, including their species, appearance, and abilities. Then, as you progress through the game, you can outfit them with iconic Star Wars gear.

You can play by yourself if you wish but perhaps the game's biggest appeal is being able to take part in Sector battles. The outcome of these fights affect what planets, gear, and characters will be added to the game in the future.

Battles take place in real-time so you're able to watch your Jedi deflect lasers and attack accordingly rather than, you know, wait around to take your turn.

You can download Star Wars: Uprising right now on the App Store if you have an account belonging to one of the soft-launch territories.