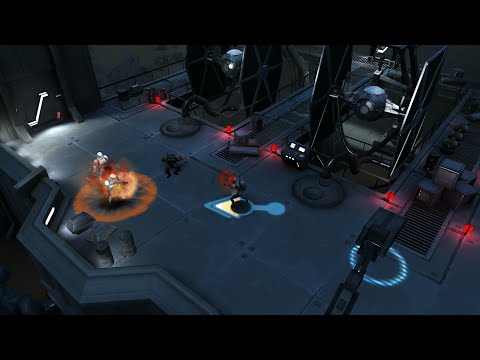 Kabam has shared the first alpha gameplay footage from its upcoming iOS and Android RPG Star Wars: Uprising. You can watch it above.

As you can see, it features stormtroopers getting their bellies sliced open and gold falling out. Jedis can also turn their hands into flamethrowers. You know, just like in the movies.

Other than the real-time battles on show, what you can also get a decent look at is the game's character customisation feature.

You can choose from your characters' looks and species, and outfit them with classic Star Wars gear. If you want, you can make Han Solo or Boba Fett, or something completely new and perhaps even wild.

As we've outlined before, Star Wars: Uprising takes place after Episode VI: Return of the Jedi but before the upcoming Star Wars: The Force Awakens.

You can fight alone, or you can join other online players in huge battles that'll apparently "dictate the expansion of in-game content, including new planets, exclusive gear and unique crew members."

There's no word yet on when we can expect Star Wars: Uprising to come out but you can pre-register on its official website already to get into the beta.