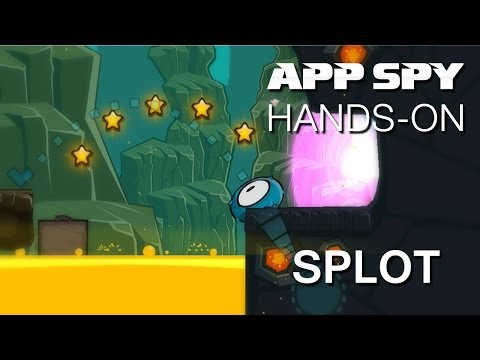 But once you start playing, and once you try the harder levels towards the end of the campaign, you'll find a tricky platformer that demands precision and spot-on timing.

You play as a springy blue blob called Splot, who races a villainous black space hopper through candy-coloured lands, using a control scheme I don't think I've seen before. 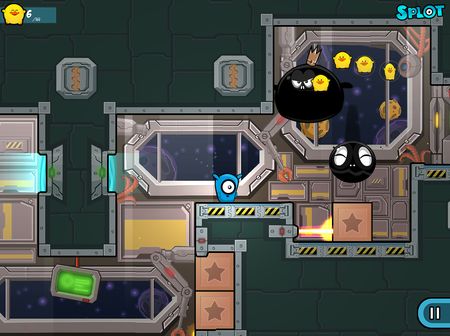 To move Splot, you simply tap on either side of the screen to jump left or right. The duration of your tap dictates how far Splot will leap.

And, like classic platformers of yore, you can defy all known laws of physics and reposition yourself mid-jump by touching the other side of the screen.

The system works really well, letting you make precise leaps through these obstacle course-like levels and allowing you to fine-tune your movement so you can deal with the faster, more gruelling, danger-laden stages.

Soon you'll face walls to slide down or bounce off, bouncy trampolines, lasers, portals, steam vents, enemies you can attack, and blocks you can move. You also have power-ups if you're struggling. 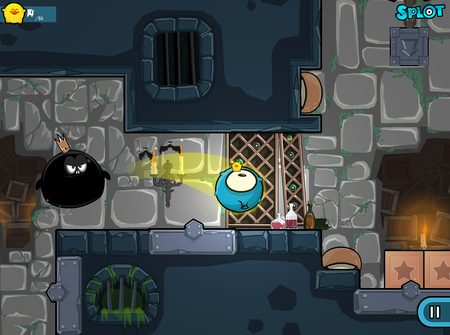 Like Rayman Jungle Run, Splot is all about learning the layout of a level, reacting quickly to threats, and learning a control scheme that's easy to grasp but tricky to master.

Frozenbyte (the studio that made co-op fantasy puzzler Trine) says Splot will be a premium game when it's out on iOS in the summer. Developer Kai Touvinen couldn't promise an Android version, but also says not to rule it out entirely.

Then again, Android gamers (those with a Nvidia K1 compatible phone, that is) are getting Trine 2. So we mustn't complain.

A trailer for Splot, the simple-to-pick-up, hard-to-put-down platformer

Splot, a surprisingly tricky cartoon platformer with some squidgy physics, is set to hit iPad and iPhone