Slow and steady wins the race

Following Splatoon 2’s big 3.0 update, the game is going to switch to a more relaxed update schedule. Players will still get the same amount of new content, but new weapons will be released once a month rather than once a week. 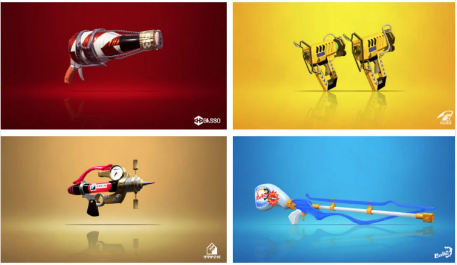 The news came with the reveal of four new weapons on the Splatoon 2 official tumblr account:

The weapons were announced without any fancy descriptions or much fanfare, but the development team did share that from now, weapons will be released in batches of four once a month. Throwing four new weapons at players at a time will give folks less time to master each one, which could make matches a good deal more exciting.

Do you think this is a good move on Nintendo’s part, or did you prefer the previous release schedule?

Next Up :
Pinku Kult: Hex Mortis, a new turn-based RPG adventure from Valorware, launches within the week