With Android and Switch ports on the way

We've seen many a FredBear game come through our doors and the latest is a rather striking game called Spirit Roots. Though we need to wait until January 28th 2019 to dig in, you can pre-order it not for £3.99/$3.99 on the App Store. It'll also be coming to Android and Nintendo Switch. 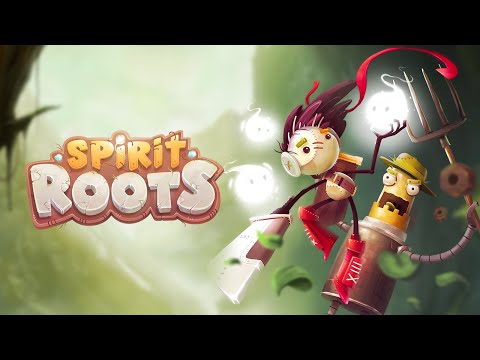 Spirit Roots is a classic-style 2D platformer set in a warring star system. In the aftermath of an ancient war, those still living stitched together the fragments of their planets to live in harmony, though with one particular rule - no one could cross the borders into someone else's territory.

Here you play as a ragdoll-like humanoid who's separated from his family and needs to violate the age-old treaty to get back to his loved ones. With five worlds and 50 levels to get through, it's a wonder how the world's residents will react, but with huge bosses and ten enemy-types to fight, it's the least of your concerns really.

What stands out to me initially is the art-style since it's rich and certainly has a premium appearance, however from an early gameplay trailer, it seems like the controls might be a little bit finicky at first. In the most recent video (above) it looks a lot smoother and it's gamepad supported, but we'll only know once we get our hands on it next year.