To be this good takes ages 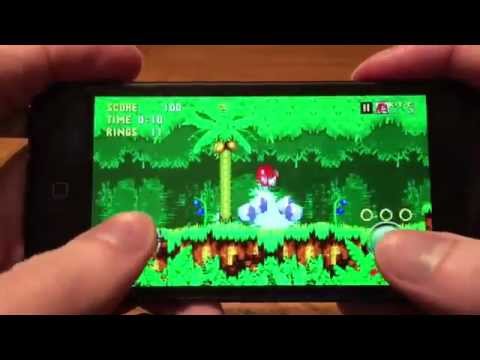 The above video, showing a proof-of-concept version of Sonic 3 & Knuckles running on an iPhone, was released last Saturday to celebrate the 20th anniversary of Sonic & Knuckles.

The demo displays Angel Island Zone Acts 1 and 2 as well as the four Special Stages from Sonic 3 & Knuckles, completely recoded in widescreen for iOS.

This bodes well for the long-rumoured version of Sonic 3 & Knuckles for iOS and Android, as coders Christian Whitehead and Simon Thomley already have an established relationship with Sega.

Furthermore, this could mean an ultimate, complete version of the two games which has never been seen before.

Thomley states in his blogpost that he is interested in expanding "the two-player mode zones into full-sized, fully-featured, single-act zones" and adding modes for "online competition, Time Attack, and Boss Attack."

Whitehead clarifies "this isn't an official announcement of any Sega project, nor to we intend to work on this as a fan-project. It's simply a proof of concept from our vaults that has been kept to our chests for some time."

Eagle-eyed fans of the original will notice this tech demo already features an extra scene - an introduction for Knuckles's story, which was sorely missing from the original.

Stay tuned for any developments.