In many ways, Sonic never really made the leap to smartphones. Sure, there have been versions of his classic titles, and even new adventures released on iOS and Android, but none of them was designed with the strengths and limitations of mobile in mind.

So it's refreshing to play through Sonic Jump, even if it's based on an idea borrowed from Doodle Jump, and even if it does turn that symbol of gaming innocence, the golden ring, into a currency to be bought and sold.

In the end, it still manages to feel more like a Sonic game than most other recent attempts.

The game tasks you with bouncing Sonic vertically from platform to platform. The blue speedster leaps automatically and you need to guide him by tilting your phone or tablet in the desired direction.

Tapping the screen when Sonic's in mid-air makes him do a double-jump, which lets you reach those out-of-the-way platforms. As in every Sonic game ever, collecting rings is of the utmost importance, partly because they act as a one-hit shield and partly because you can spend them on power-ups in the game's shop.

Various robotic creatures patrol the clumps of ground you're trying to land on, and you can only smash them from underneath - tackling them from above will result in a short, sharp, ring-losing shock, or even death if you don't have any of the glittering second chances.

The only way is up

Stripped of the over reliance on speedy sections that has dogged some of the series's recent outings, Sonic Jump has a focus on quick-reaction leaping that, in a roundabout way, harks back to the 16-bit heyday of Sega's mascot.

Some ledges crumble at a single touch, others flip unexpectedly, while more still are covered in run-ending spikes. Luckily, you can spend gold rings on parachutes and leg-ups, or even splash out on a ticket that lets you skip levels in Story mode completely.

Sonic Jump is a tough, entertaining vertical platformer that has enough references and stylistic tweaks to make it stand out from the crowd.

Throw in some clever boss battles, unlockable characters, plenty of challenges, and an Arcade mode that lets you compete against your friends and you're left with a pretty impressive package. 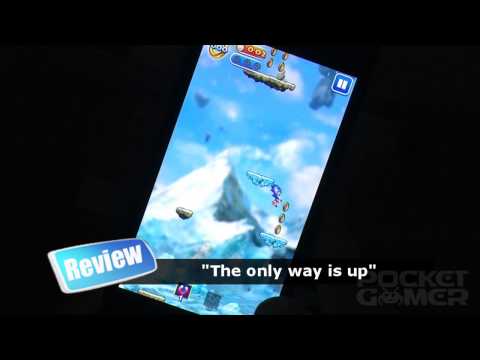 It isn't the most original entry in the Sonic canon, but Sonic Jump is a great little mobile game all the same
Next Up :
Evony: The King's Return review