Having bounced around inside the confines of the App Store for a couple of months, Sonic Jump has finally made the leap to Google Play.

Fans of the spring-loaded Blue Blur might want to give this Doodle Jump-inspired platformer the time of day, too, as it's one of the few new Sonic licences that is actually worthy of the name.

In Sonic Jump, you guide the spiky speedball as he jumps between platforms. All the while, you help him avoid obstacles and enemies as he makes his way upwards.

Jumping is controlled automatically, so it's your job to use your device's accelerometer to control Sonic's landing trajectory.

A quick tap of the screen will activate a double-jump - a handy trick if you need to collect a particularly elusive gold ring, or get over the heads of some of Robotnik's animal henchmen.

We rather enjoyed Sonic Jump on iOS, with our reviewer noting that it feels "more like a Sonic game than most other recent attempts". 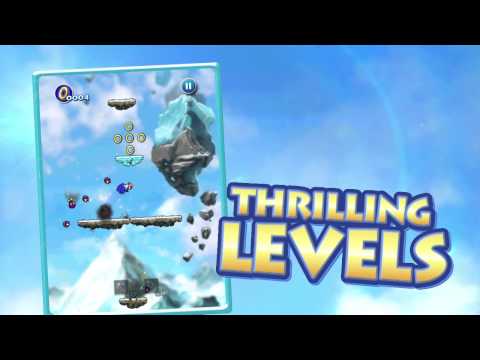 Subscribe to Pocket Gamer on
Next Up :
Marvel Contest of Champions adds Spider-Man Supreme and The Spot in latest update