With an extra Shenmue-y treat (Updated: Out now on Android)

iOS + Android
| Sonic & All-Stars Racing Transformed
Updated on January 3rd, at 10:50: Android gamers can get their grubby mitts on the game right this second from the Google Play Store.

Upon reviewing it earlier this morning, we called the game "incredibly slick". We then added that it "marks a new high point for iOS kart racers and stands as another exemplary console conversion".

And to put the cherry on the icing of the cake, you can play as everyone's favourite brown leather jacket-wearing kung fu mope Ryo Hazuki from Shenmue. 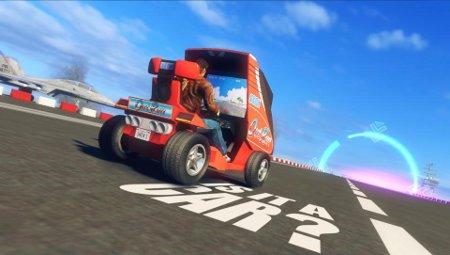 He's exclusive to the mobile version, and drives around in an arcade cabinet that can transform into three different classic Sega game styles. As you do.

You can unlock Ryo by completing a full streak of weekly challenges. That'll probably make more sense when you've actually played the game.