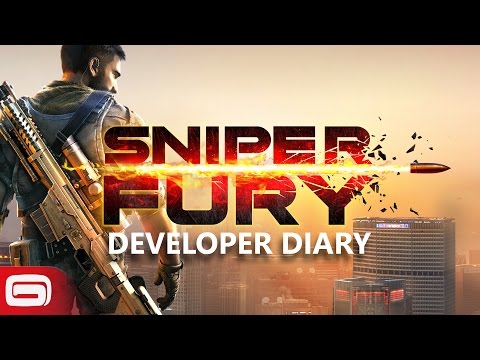 Gameloft has released a behind-the-scenes development diary of its upcoming shooter Sniper Fury.

We got our first look at Sniper Fury only last week in a couple of screenshots. But this new video lets us see it in action before it comes out this Thursday.

You also get a couple of the people who worked on Sniper Fury talking about how the team achieved the game's look. They also get pretty excited about the dynamic weather effects.

Anyway, as you'll see in the video, most of the game sees you sniping down enemy soldiers and drones in large areas from a vantage point.

But there also seems to be some parts that have you on the ground with an automatic weapon shooting soldiers. So, yeah, it's not all sniping it seems.

We'll get to find out how it plays when Sniper Fury comes out on November 19th for iOS, Android, and Windows Phone.