And other platforms, of course

If you've been excited about the slippery, serpenty Snake Pass, then good news - it's out now on Nintendo eShop. 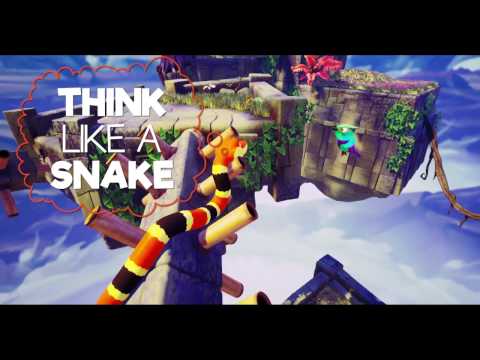 Snake Pass is a physics-based puzzler platformer in which you have to move your snake friend around a series of obstacles to get to the end goal. That sounds simple enough but you're forgetting, snakes don't have arms to help them conquer various environments (such as climbing), so you've got to use your wits.

Originally slated for release early yesterday, the game hit a bit of a snag which delayed the launch by a few hours, and still faces a small HD Rumble issue from what I understand. However, it eventually released in the US, followed by Europe in the early hours of the morning.

It may not be perfect, but our own Glen Fox was rather charmed by it in his recent review of the game.