Before you jump into Skylanders, read our tips

Skylanders: Ring of Heroes has finally landed on mobile devices, and yes, we want to collect some Skylanders. Of course we do.

But it's not the toy kind this time around, instead, these Skylanders are all collectible in the game, and there's lots to get.

We've got for you today a whole bunch of fresh Skylanders: Ring of Heroes tips for you to browse before jumping into the game. There's a few important points to note here!

Oh, you should also take a look at our full character list if you're interested to see if your favourite Skylander made it into the game. 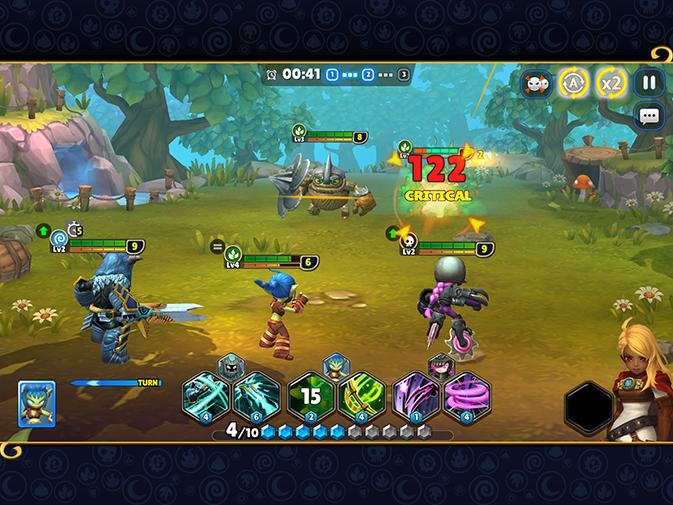 In battle you can have up to three Skylanders on your frontlines, taking on the enemy. For obvious reasons, your rarest, and usually strongest, Skylanders should be in your team so they can take on the enemy. Though, elemental affinities might impact that decision.

In addition to your main team members, you'll be able to pick two spectators, and a companion villain to join you. Oddly, the villain will actually help out, with each villain offering a different team buff. The safest and most useful is usually a heal ability from the Broccoli Guy.

Before entering into battle you will at least get to see what enemies you'll be going up against, allowing you to adequately prepare for the battle ahead. That's nice.

Each of your three attacking Skylanders has two abilities they can use, though they cost gems to enable. At the bottom of the screen, just under the abilities, you'll see how many gems you have an how long it takes to recharge.

You can, of course, just whack out the strongest possible abilities, but that's not always the best idea. All things in moderation, until the final enemies rears its head.

Each ability has how many gems it costs to use at the bottom of it's portrait. Take note of that before whacking out your abilities so you don't get stuck low on gems to attack.

1
Quest it to the letter

In most games I like to quest really hard, doing a lot of things, and then come back to hand them all in, showering in the rewards of all the people I've helped. Well, that's not how it'll go in Skylanders.

In Skylanders: Ring of Heroes, you can only work towards a quest if it's your active quest. That means you can't just play the game hoping to complete multiple objectives. You have to take it one at a time.

That includes battles. If you complete a battle before you have a quest to do so, when the quest eventually comes up, you'll be forced to reply the battle. As such, you should only complete the tasks quests ask of you.

Your home screen, or main menu, isn't just a fancy place to click the options of the game. You can actually put in place structures to spruce the place up, and increase your own abilities.

Head into the Shop and go to Structures. Here you can pay with in-game cash to buy structures, some of which will slowly reward you with more gold, potions, and energy to play the game. Very helpful.

Definitely put in place any structures you unlock, as you unlock them, to get the most out of them. 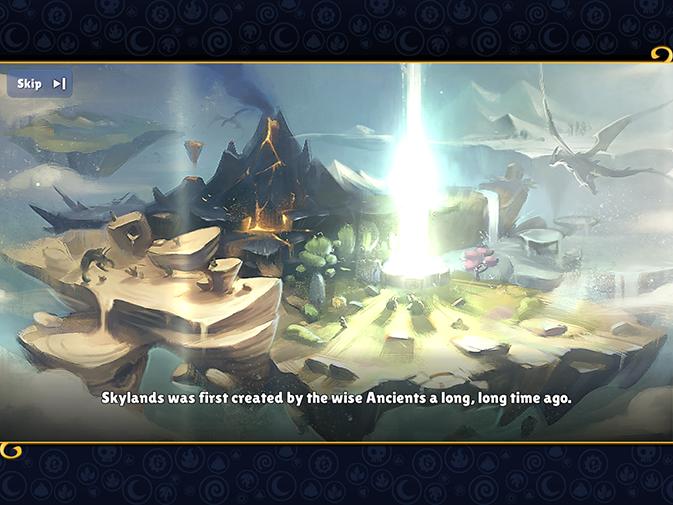 If you're not enjoying battles, there is the option to automate the proceedings. In the top right corner, there are options to auto-battle, and speed up the game to twice speed.

These options may speed up battling, but it certainly doesn't change the important aspects of what you have to do. You have to make sure you have a strong enough team of Skylanders to survive the battles — the battles themselves are less important.

In other words, just focus on having the best team to battle with and upgrade them properly, with potions, runes and more.