Two events are now live in thatgamecompany's Sky: Children of the Light. The first is the return of the Days of Mischief event for Halloween, while the second is the beginning of the Season of Flight, which will be the last seasonal adventure this year.

The Days of Mischief event will run until November 7th, giving players plenty of time to indulge in some Halloween shenanigans. It introduces a secret passageway in the Vault of Knowledge that leads to a cave within a secret level. Inside, players will find Light bubbles to gather, Dark Dragons looking for a dance, and spells that will temporarily transform them. 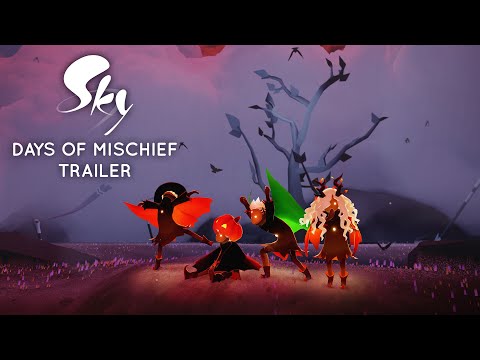 It wouldn't be Halloween without a few spooky cosmetics, so thatgamecompany has added a few, such as the Mischief Witch Jumper, Mischief Withered Antlers, Mischief Spider Quiff, and Mischief Pumpkin Prop.

Meanwhile, the Season of Flight is now live and will run until December 19th. Throughout this event, players will witness just how big the world of Sky is. Using Wind Paths, they will travel across the game's numerous realms and view them from a new perspective. Players will also meet the Flight Guide, who they will work with to find new paths to traverse. Along the way, they will learn how the Flight spirits found life across the floating islands. 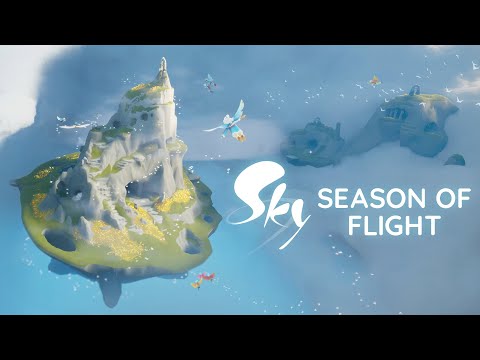 Elsewhere, there are a bunch of emote expressions to collect, such as Voila, Look up!, Nerdy stance and Baby Manta. There are also new items, including four new hairstyles, four new pants, one new musical instrument (the Kalimba), one hat, one neck accessory, three head accessories, and a season pendant.

Sky: Children of the Light is available now over on the App Store, Google Play and Nintendo Switch eShop. It is a free-to-play game with in-app purchases.

Looking for more adventure games to play on your phone? Here are 15 of the best available for iPhone and iPad
Next Up :
Ninja Must Die is an upcoming combat-focused action runner with stylish ink-based visuals, now open for pre-registration