Google Play it soon (Updated: Out for Android now)

Android
| Ski Safari 2
Updated on October 1st, at 12:45: As we told you earlier this week, Ski Safari 2 is now out on Android, and it really is.

Look, you can download it on Google Play right now. Told you. 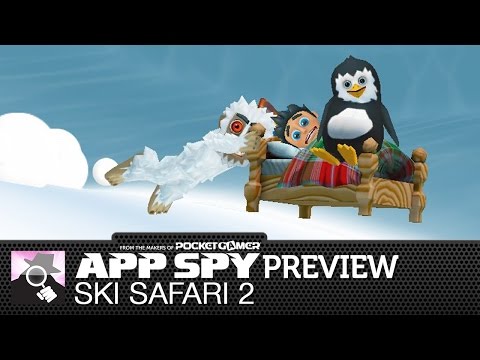 Ski Safari 2 is all set to ski down the Android slopes this week and will hit Google Play on Wednesday.

In case you've been living under an arctic rock all this time, Ski Safari 2 is the sequel to the original, and once again requires you to ski down a mountain in a variety of different vehicles as you race to escape an avalanche.

Some of the objects you'll ride on in your descent will be animals like penguins and eagles, or even mythical creatures like the yeti - there are swarms of them here.

You'll also be able to do tricks this time by swiping on the screen.

At review, we thought it was okay. It got a six out of 10 and Harry said that it was "fine, but we've definitely seen this mountain before". We like Harry.

Head on over to Google Play on Wednesday to get Ski Safari 2 as soon as it appears.

Ski Safari 2 - Pretty sure we've seen this mountain before

Want to ride an abominable snowman through a house? Download Ski Safari 2

Out at midnight: Ski Safari 2 is a zany arcade skiing game in which you abuse animals

Ski Safari 2 has you using a penguin as a snowboard, and is therefore completely awesome

Ski Safari 2 is out next week, adds snowboarding, dinosaurs, stunts, and tornadoes