Upcoming Sigils: Battle for Raios is not really a MOBA, but it sure is fun

And that's the best way to describe it, really, as influenced by MOBAs and RPGs.

You choose from a pool of pre-designed characters rather than craft your own and there are no towers to defend or assault here, nor a steady stream of minions to mutilate. 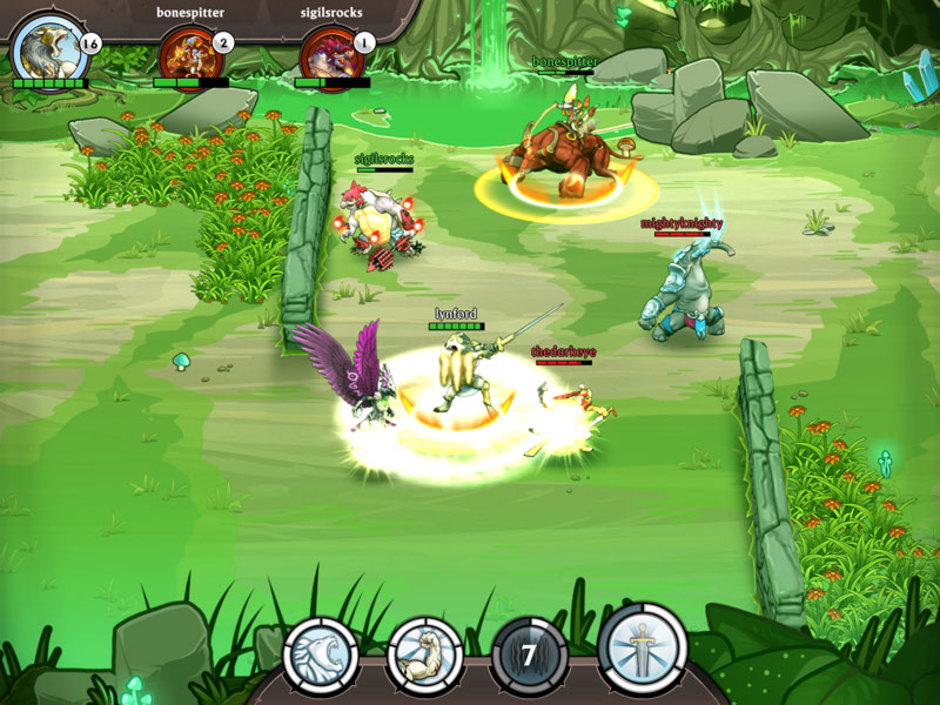 Instead, Sigils skips right to the best part - tactically nuking your opponent into oblivion or smashing their skulls in with a massive axe.

The RPG-elements are light but definitely there. You upgrade your skills with points earned while leveling and equip gear, which offers a stat boost when you slot three pieces of the same colour.

Unlike most MOBAs, Sigils has a PvE section complete with plot but most of my time with the game was spent in the multiplayer modes.

There are two of these: 1v1 and 3v3 and both are fast-paced, with a typical round lasting about two minutes against a similar-skilled opponent. 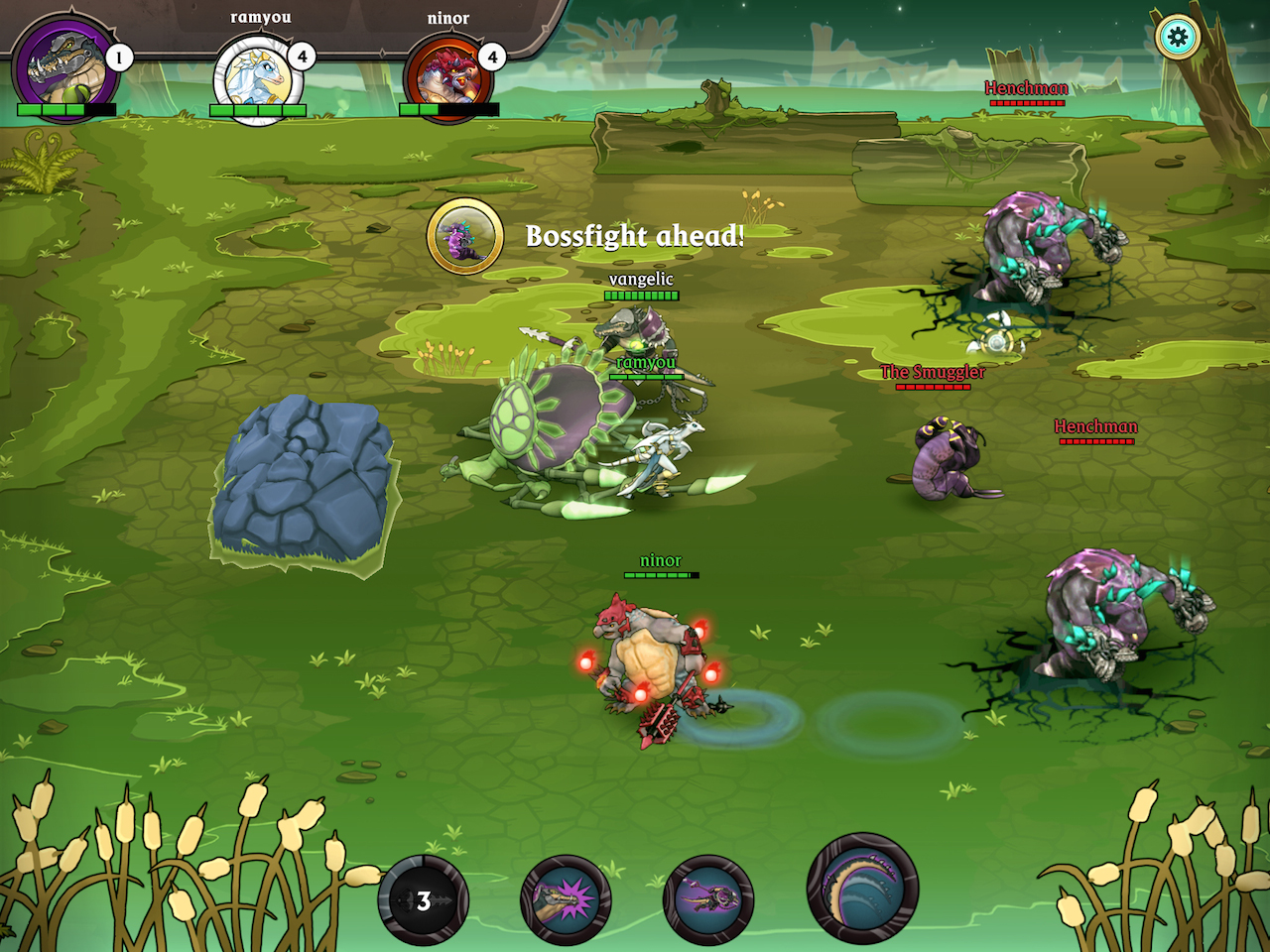 You can play against friends or strangers via match-making and both are really easy to set up. Simply hit 'play', choose your mode, and then hit 'ready'. That’s it.

There was no option to play against a specific friend but you can add friends to your group in the lobby and play together against randoms.

Each class has three normal skills and a special skill, all with individual cooldowns. Finding creative ways to combine your skills was a ton of fun. In fact, if you’re skilled enough you can take down an opponent before it even has time to retaliate.

There are three class archetypes: tanks, healers, and casters which each appeal to different tastes. Each class within the archetypes also offers something a little different to each other - they're not all carbon copys.

It just worked. Tanks were rushing straight into the fray, casters were raining damage on their opponents, and healers were throwing up buffs and healing their allies. 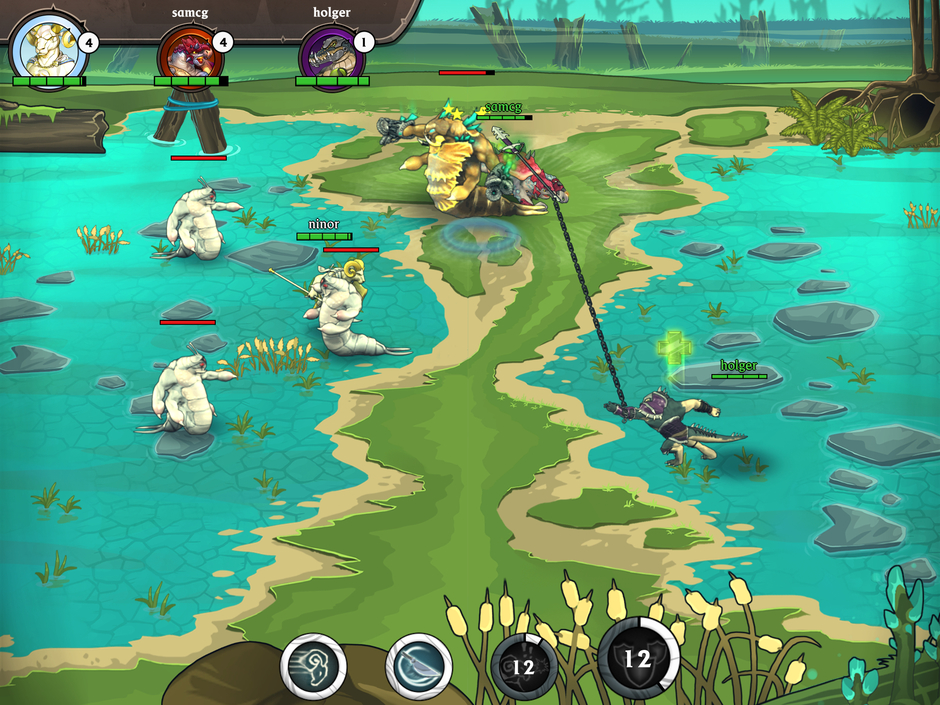 It felt like the traditional MMO trinity but on a much smaller scale. I could easily see myself losing hours and hours building up my favourite character (the nuker, obviously, though the ram with the lance also appealed) into an absolute powerhouse.

If you and your friends were lamenting the lack of online cooperative multiplayer on iOS, then you can do no wrong with Sigils.

The ease of entry and fast-paced gameplay may even make even the most hardened MOBA skeptic think twice.

[Update] Win a Sigils: Battle for Raios branded iPad simply by telling us what you'd do with it

Play Sigils: Battle for Raios right now to win a branded iPad and other Gameforge goodies

Sigils: Battle for Raios is an action RPG inspired by mobas headed to iPad May 21st

Hands-on with Sigils: Battle for Raios