Hands-on with Sigils: Battle for Raios

Sigils: Battle for Raios is "trying to take some of the goodness from PC gaming" and drop it onto mobile.

The game is a slick mash of RPG and MOBA. You control a hero, tapping and swiping to perform a series of attacks on the squelchy unpleasant bugs that squirm out of the ground.

Your special moves all run on cool-downs. Tap on a bad bug and you'll attack it automatically, then you can drop in bigger attacks as and when they're ready. 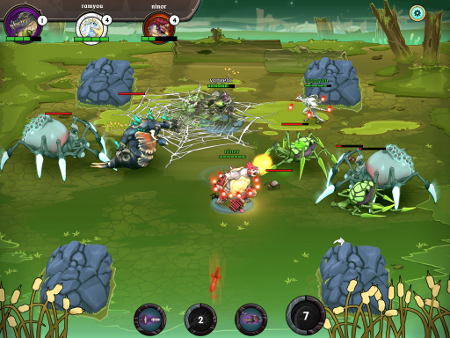 There are a variety of different heroes to choose from. They're all based on animals, and they look pretty cool.

There's a huge elephant that acts as a tank, a nippy monkey with a long stick who deals fast damage, and a haughty looking salamander that throws out fire balls.

Each of the characters has their own style, and you can augment their powers with a clever gear system that uses colour co-ordination to show you if you've got the best loadout possible.

It's certainly a slick looking product, and the simple controls mean a few pokes of the screen can unleash some rich and rewarding violence. 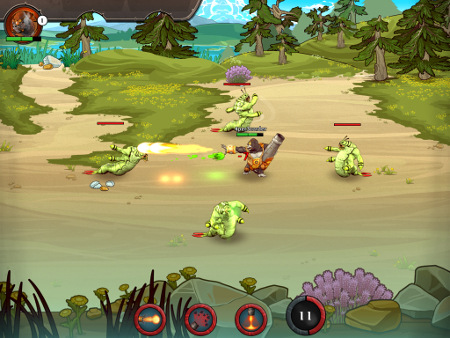 During my play through I was the stern looking ram Tarkin. His super-special move nerfs an opponent, and if there's more than one Tarkin on your team you can stack the effect.

There's no constraints on which of the heroes you can team up with. If you want to go out and whomp bugs with three rams then that's fine and dandy.

Other characters compliment each other better, but the lack of restrictions means you can see a character you like the look of and give it a whirl with your friends no matter what.

The PvP sees teams of up to three smashing each other's faces in. It's quick and accessible, perfect for a quick-bite gaming session, but deep enough that you could probably sink hours into it as well. 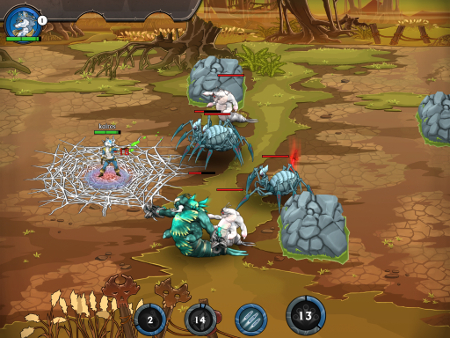 There's a rich experience here, but it's not one that feels like it's going to overwhelm you. You can get stuck in feet first if you want to, but there's a surface to scratch that offers some mid-core violence too.

I have a few niggles about repetition, but it's hard to tell where a game's going after such a short playthrough. It's fast, not exactly fresh, and exciting enough that I had a smile on my face as I stumbled through.

Will it be able to hook in enough of an audience to keep its multiplayer servers full? That remains to be seen. At first glance though I'd say I'm cautiously optimistic that Sigils: Battle for Raios can pull off its lofty goals.

[Update] Win a Sigils: Battle for Raios branded iPad simply by telling us what you'd do with it

Play Sigils: Battle for Raios right now to win a branded iPad and other Gameforge goodies

Sigils: Battle for Raios is an action RPG inspired by mobas headed to iPad May 21st

Upcoming Sigils: Battle for Raios is not really a MOBA, but it sure is fun