KIXEYE has announced the official launch of SIEGE: Apocalypse, its new military-themed PvP card game on mobile. Out now on both iOS and Android devices, the game tasks players with building an army and making the most strategic decisions to push back against the Scarlet Brigade. 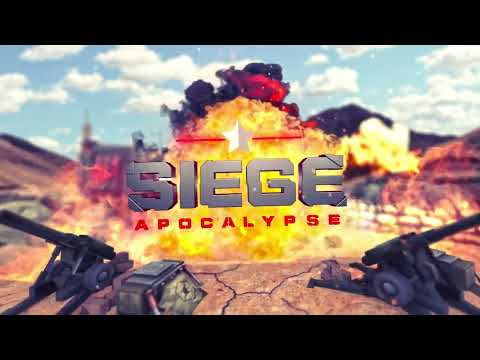 In the 1v1 military battler, players can expect to dive into the War Commander universe in intense real-time strategic battles against players all over the world. Two military experts will go head-to-head using dozens of units that they can collect, upgrade and let loose on the battlefield.

“It’s been a long journey,” says Colin How, CEO of KIXEYE. “But we’re thrilled to finally launch SIEGE: Apocalypse for fans of military strategy games all over the world. SIEGE is all about building your dream army and then testing it against thousands of other players. Fans of War Commander: Rogue Assault will love the quick and gritty fights in SIEGE and we can’t wait to see the tactics everyone comes up with.”

If you're keen on joining in on all the adrenaline-pumping action, or eager to see the new content updates in the weeks ahead, you can download SIEGE: Apocalypse on the iOS App Store or on Google Play Store for Android devices. It's a free-to-play game with in-app purchases.

For more SIEGE: Apocalypse news you can also keep up to date with the game's official Twitter and Discord.