As reported by Touch Arcade earlier, Civilization VI has received its latest expansion today called Gathering Storm. It's the second piece of sizeable additional content the game has received after Rise and Fall was released earlier this year.

This new expansion brings an active planet into the equation. It will have its own shifting geology and climatology which will bring new challenges to your turns. You'll be able to work your way to victory by developing engineering projects, advanced tech and being savvy in your negotiations with the World Congress on environmental issues.

It'll also bring the potential of various natural disasters to contend with too. Floods, storms and volcanoes could ravage your civilizations, destroying everything you've worked hard to achieve up to that point. However, it might not be all doom and gloom as once the disaster has passed it may enrich that land so that you can begin again on a good footing. 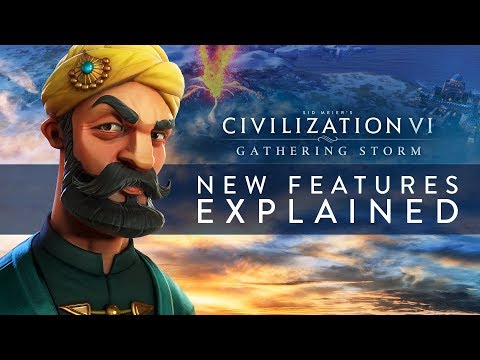 We've covered the additions Gathering Storm will bring earlier this year when our resident strategy fan Dann discussed them in-depth alongside the previous expansion Rise and Fall. So for more information from someone far more knowledgeable than myself when it comes to strategy games, give that article a read. It sums everything up nicely, particularly if you're yet to get either expansion.

Both of those expansions are pretty expensive compared to what most people are used to on mobile. Rise and Fall will set you back $29.99 and Gathering Storm is an ever pricier proposition at $39.99. Considering the game itself will cost you $19.99 it's a pretty hefty price of entry. However it's very feature-complete compared to the PC version so it's not like that's overpriced, it's just almost unheard of on mobile.

Sid Meier's Civilization VI is available now on the App Store. It's free-to-try for 60 turns, at which point you'll have to upgrade to the full game for $19.99.

Nominate your Game of the Year for the Pocket Gamer People's Choice Award 2020.
Next Up :
UNO! Mobile launches esports tournament with a solid gold UNO card up for grabs