It more than doubles the current roster

The popular multiplayer shooter Shadowgun War Games has recently received a new update called Rise of Heroes to coincide with the start of Season Four. It introduces nine new characters to the game, which more doubles the current roster of playable heroes.

One of these heroes is called R.A.T.S who his armed with toxic grenades and also has the ability to heal both himself and his allies. This will synergise well with another new hero, Barricade, who is unsurprisingly a tanky individual thanks to his combat shield. 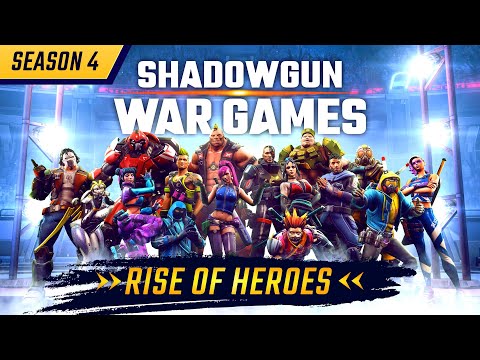 If you prefer a faster, more agile playstyle then you might want to give Killer Queen a try. She is capable of quickly knocking down her opponents with a baseball bat whilst shooting them from further afield with rapid-firing dual sub-machine guns or high-damage revolver. There are four classes to choose from – Frontline, Damage dealers, Flankers and Support – with a good balance required to emerge victorious.

Alongside these new characters, there is a new Stadium Map to compete in as well that is littered with cover, vertical elements and plenty of spots you can ambush your foes from. Joining this map is a series of daily, weekly and weekend events to participate in. They will each focus on different game modes, heroes or real-world holidays.

Completing these events will net you rewards such as Experience Points to Rank Up your profile and War Points, a recently added currency that you get from simply playing Shadowgun War Games. It can be used to buy new heroes and other items. There are also now Trophies to collect for completing various in-game achievements.

Shadowgun War Games is available now over on the App Store and Google Play. It's a free-to-play game with in-app purchases.

Looking for more multiplayer games for your phone? Here are 25 of the best available for Android devices
Next Up :
Noah's Heart, Archosaur's anticipated MMO, officially launches later this month