It was around three weeks ago that I reported on Shadowgun War Games hitting an impressive 500,000 pre-registers. Since then, that number has doubled to 1 million ahead of its launch on 16th February for both iOS and Android.

That undoubtedly makes it one of the most highly anticipated games of 2020. Of course, its history dates back further than the last month or so, with a prototype being shown at Gamescom last year. Here the developers – Madfinger Games – also revealed they have esport ambitions for their game as well.

So hitting 1 million pre-registers is naturally a huge milestone for them. Marek Rabas, CEO of Madfinger games spoke about what this means to the company. He said: “One million is a magic number for us. The response we’ve had to pre-registration has been sensational since it launched in mid-November,”.

He added: “It makes all the hard work worth it, and the players are going to lose their minds when they get to play the full version!”.

If you're not familiar with Shadowgun War Games at this point, it's a 5v5 multiplayer, hero shooter that's drawn a lot of inspiration from Overwatch. There will be several characters to choose from who will each have their own abilities, so you should have no trouble finding one that matches your preferred playstyle. 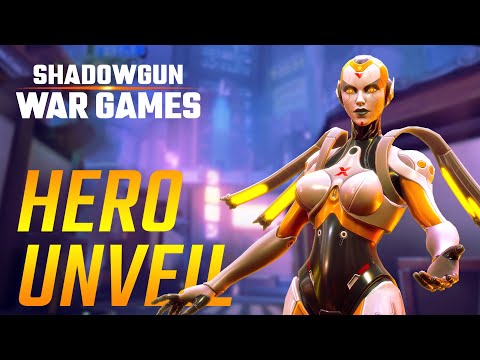 You can check out some of the gameplay on offer in the trailers above. FPS games are certainly getting more popular on mobile now that developers are starting to figure out good controls for them. Both Fortnite and PUGB play well on phones and Call of Duty's latest foray also handles excellently. Hopefully, Shadowgun War Games can match – or beat – those high standards.

Shadowgun War Games is available to pre-order now on the App Store and Google Play ahead of its release on 16th February. It will be a free-to-play game with in-app purchases.