Seashine is a frightening, poetic swim around the bottom of the ocean, coming to iOS and Android soon

Seashine has appeared on these digital pages before but we didn't know much about it. Now, we know a little bit more, plus there's a teaser trailer.

You play as a luminous jellyfish at the bottom of an oceanic abyss. Your task is to weave through the narrow workings of the caverns to find light sources.

You need this light in order to live a little longer, so it's a constant race against time.

Unfortunately for this fragile creature of the deep, the fading light isn't the only threat to its ongoing existence. 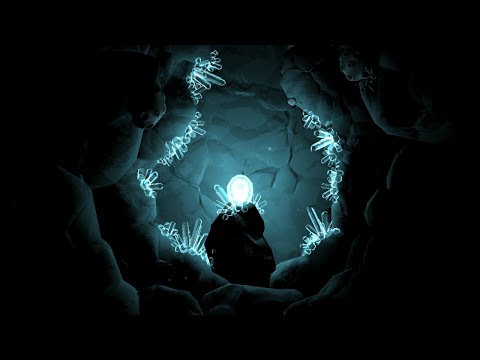 As you'll see in the trailer, there are lurker fish, supernatural obstacles, and larger fish with big snapping jaws to avoid. It looks both beautiful and frightening.

Seashine was originally planned to release in September but was delayed so that more levels and a new game mode could be added.

The current plan is to release it by the end of the year. However, it could slip into 2015, too. Keep up with its development on its official website.

Be scared of the (bioluminescent) dark in Seashine's new update

Out at midnight: Seashine is a quest for survival in the depths of the ocean

Escape the chomping maws of huge fish to find light