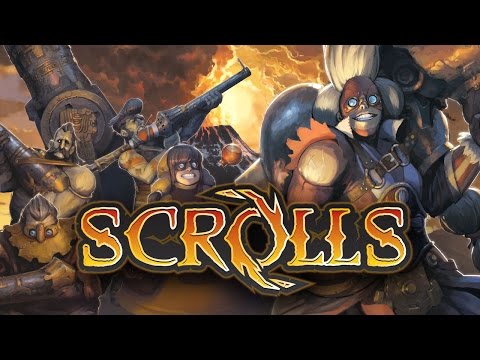 Scrolls - the curious card-battler from Minecraft maker Mojang - will receive no new features, cards, or content, and the servers could be shut down in a year's time.

The game was announced in 2011, and - after plenty of beta testing - launched properly on PC and Android in November 2014. It was supposed to come to iPad, but it doesn't look like that will happen now.

In a farewell post on the game's blog, Mojang said "tens of thousands of players battled daily, and many of them remain active today. Unfortunately, the game has reached a point where it can no longer sustain continuous development".

The studio will "keep a close eye on game balance", and any future proceeds will go towards keeping Scrolls playable for as long as possible. The game's servers will be shut off on July 1st, 2016 at the earliest.

This means Mojang's only non-Minecraft game right now is Cobalt: a side-scrolling action game, developed by Oxeye Game Studio, which is coming to PC and Xbox.