We received our first look at Scribblenauts Unlimited back at E3, and were surprised to see that it would launch for both the Wii U and 3DS, having previously been a handheld franchise.

At its brief introduction, we learned that Scribblenauts Unlimited would offer players an open-world environment. This is a marked departure from the freestanding, episodic stages that were featured in previous Scribblenauts games.

Now we have learned that the game will explore Maxwell’s backstory significantly and feature new gameplay enhancements to satisfy the most discriminating of scribbling enthusiasts.

The story of Scribblenauts Unlimited will explain where the main character Maxwell came from, how he came by his magical notepad, and what his parents are up to.

It is unclear at this time if Lily will be a playable character or not, but it seems likely given that Scribblenauts Unlimited is the first title in the series to support multiplayer puzzle solving.

Also new is the addition of an Object Library, which allows players to store previously created objects (like the ever-useful jetpack) in a backpack for easy retrieval and reuse.

Warner Brothers has not provided a release date or release window for Scribblenauts Unlimited, but we'll keep you updated. 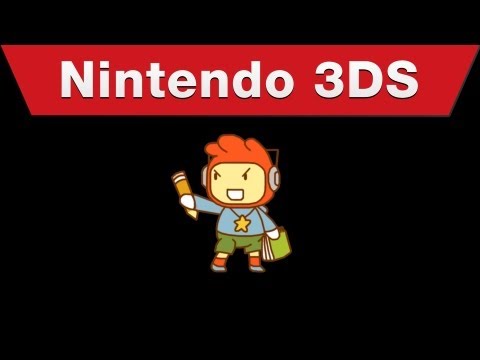 Summon hipster Lincoln in Scribblenauts Unlimited, which is now on iPhone and iPad

[Update] 5th Cell reveals that Mario, Link, and Zelda won't be in the 3DS version of Scribblenauts Unlimited