Still sleeping in the west

iOS + Android
| Samurai Rising
Samurai Rising, formerly known as Project: Rising, is coming out on June 2nd in Japan. We still don't know when the game will hit our shores but in the meantime we have a new trailer to watch: 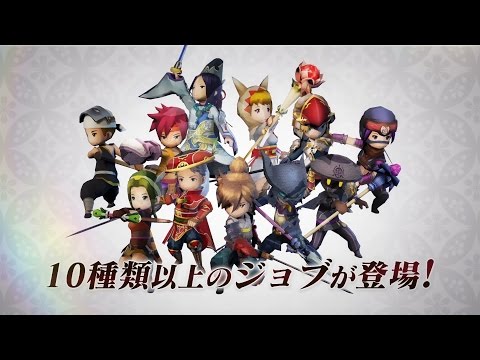 In case you forgot, Samurai Rising is an action RPG that isn't related to Final Fantasy but given the game's art style, it totally could be.

The basic gameplay is pretty simple: you control a party of characters that you send on quests. In each of these, you need top defeat the ennemies present on the screen. But you'll need to use every skills at your disposal and time them well to defeat the hordes of monsters coming your way.

We'll let you know when it's planned for a release in the west.

Next Up :
Football Club Management 23 rebrands itself from Club Soccer Director, where players can be more than just a manager