Saint Seiya Awakening: Knights of the Zodiac has launched on mobile

Saint Seiya took Japan by storm in the 1980s. The shonen manga spawned an action-packed anime television and film series, with sequels and spin-offs continuing to be made ever since. In fact only this July a new CGI adaptation was launched on Netflix. Now there’s another opportunity for fans of Saint Seiya and JRPGs to get their Hellenic fix, with the release of Saint Seiya Awakening: Knights of the Zodiac. 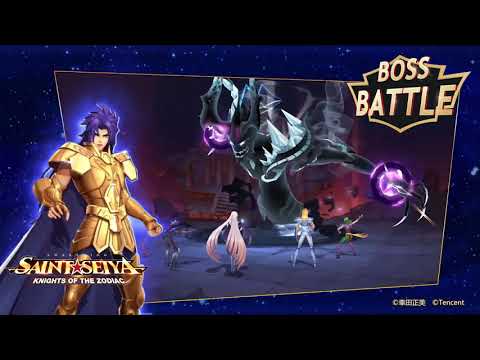 A collaborative effort from Yoozoo Games, Tencent and Masami Kurumada, Saint Seiya Awakening: Knights of the Zodiac brings together the popular elements of the series into a multiplayer RPG on the mobile. The young band of warriors, called Saints, returns to protect Athena during a war against the gods of Olympia. You take control of one of the Saints as you engage in turn-based battles against your enemies

Expect lots of explosive special moves delivered with characteristic battle cries, a plot full of drama, and countless fighters to collect. Graphics are vibrant and capture the style of the original manga, albeit rendered in full 3D. Anime fans might also notice a few familiar voices; the developers assembled a strong cost of voice actors, including talent from Code Geass and Attack on Titan.

Previously released in selected countries, the title topped the highest-grossing RPG chart in Taiwan, Hong Kong and across Southeast Asia. Now the Saints are set to take on the world. Download Saint Seiya Awakening: Knights of the Zodiac for free now on the App Store and Google Play.