iOS + Apple TV
| Runaway Toad
Update on April 28 at 12:24: You know the drill folks, Runaway Toad is now available on the App Store.

It looks really lovely and will set you back £2.29 and it's also compatible with tvOS. Based on Grimm's fairytales, Runaway Toad is coming out this Thursday on iOS and Apple TV.

Curiously enough, we don't have a lot of informations or even a gameplay trailer for this title but what we do know is that it's a one-touch platformer that features power ups and a mystery that the player needs to solve by exploring the swamp.

Some power ups will let you grow wings and more. 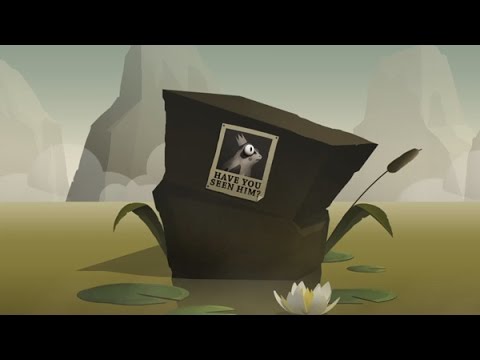 Runaway Toad is an endless runner then with some story elements added in. It started as a simple take on Flappy Bird but has grown a lot since then.

You control the frog's jump by holding the screen. The longer you hold, the farther it'll jump. The game will also feature multiple goals that you can achieve during each run.

It's made in collaboration with Canabalt's studio Finji.