Attack of the clones

First there was Golf Story and then there was RPGolf. Both are based on the Mario Golf RPGs of yesteryear, and are basically JRPGs where golf takes the place of combat.

But is it any good? That's exactly what we asked the App Army, and here are their thoughts.

RPGolf is part RPG, part golf, but is it a master of either? Well, it has a real charm to its presentation and coming off the back of my time with Golf Story it's easy to draw comparisons in the overall graphical style.

However, unlike Golf Story, I found that both the golf and the RPG elements shallow, lacking anything but the most basic gameplay mechanics. The gripes don't end there though, with unresponsive and inaccurate virtual controls, and frustrating save points. It's truly been a love hate relationship. 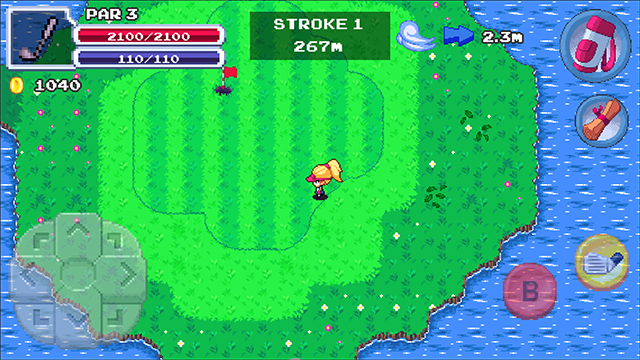 However despite its flaws, something has kept me coming back for more. Is it a good rpg? No. Is it a good golf game? Certainly not. More than the sum of its parts? I will leave you to decide.

When I first saw RPGolf I was hoping for an experience similar to the old Game Boy Color / GBA Mario Golf games by Camelot with a bit more RPG, but it wasn’t. The game looks like you are playing it on an emulator and the interface isn't great, but still playable.

The problem is I think the golf aspect is there to make the game standout from other RPG’s but the two don’t really go together. There are minion and boss type fights and there isn’t much variation in the fighting mechanics, so it feels a bit of a shallow virtual button mashing experience.

I think this would have been better if they removed the golf aspect and beefed up the RPG element. As it stands, it’s Marmite. You'll either like it or you won’t. For me it’s not a keeper.

This may seem like a blast from the past at first glance, but it quickly became an unoriginal cash grab. I love the visual style and found the writing quite humorous despite the many grammatical errors. 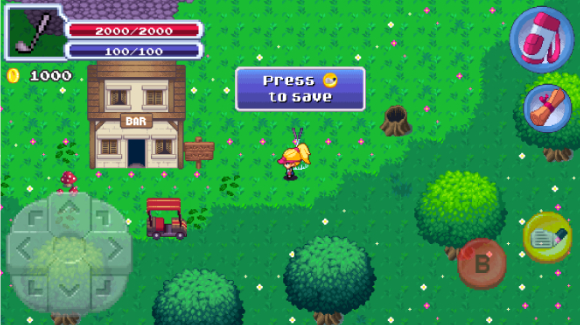 Things went downhill after the tutorial though. Everything about it feels like a cookie cutter action RPG. Lackluster battle mechanics combined with a sluggish virtual controller make for an unpleasant experience.

There was nothing original about this game so I can't recommend it. Save your money on games and devs that try to introduce originality.

I had high hopes for this game but they were quickly shot down right after the tutorial. While it looks pretty, the gameplay and navigation feels clunky and cluttered.

Using the map is a pain because once when you're done it always takes you to a screen that you have to exit out of to get to your character. The battle mechanics are very bland and not fun at all. I had a hard time trying to find the hole and the game didn't help.

Overall, while the game looks very nice, it feels like a let down, and I'm really sad to say that because I was really hoping it would be good. 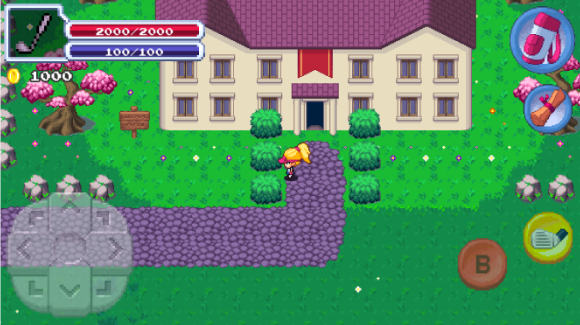 My favorite fantasy golf game to this day is Mario Golf on the GBA and since then have been wanting something almost like that.

RPGolf is a mix between a classic 8-bit golf game and a simple RPG. It's an amusing mixture, and hooked me almost instantly.

There could be more to the story that's for sure, but there's a lot to do and you can explore the world freely. Try to beat the par so you can advance the adventure, or just go exploring, visit towns, talk to people, get some hints that help you solve some puzzles, go into dungeons, get the loot, get better clubs so you can fight the monsters with ease, and then go back to the hole, and try to beat the par again. Do that until you get to the ninth hole and fight the big final monster.

The controls aren't perfect, but you get used to it and it's a good game. It's just a bit overpriced, in my opinion.

RPGolf is a hybrid game split between golf and fighting monsters. At first I found myself disliking the mechanics and the story, but it did get slightly better and I managed to enjoy it in small bursts. 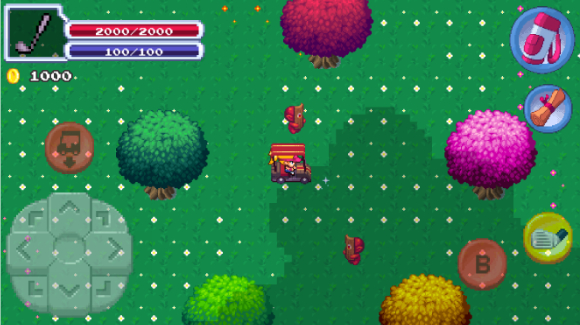 Don’t get me wrong, it's far from perfect. The soundtrack had me rushing to the mute button, the controls didn’t gel easily, and there was no sense of achievement when you killed the monster.

I know there was an effort made to make a more interesting game but unfortunately it fell short of the mark. Perhaps it’s best to concentrate on one genre or the other.

RPGolf tries to blend the rather boring game of golf with a classic RPG.

I found it entertaining at points and frustrating at others. There are some fun moments but the controls don’t work well and you’ll get fed up trying to avoid a boss and landing shots.

There’s dungeons to explore and power ups to discover but I was annoyed by the controls most of the time. 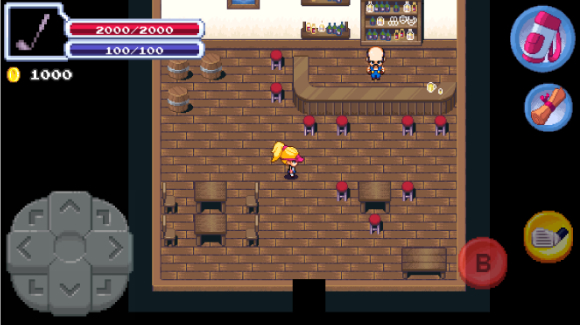 Still it’s a good game and worth checking out.

What's the App Army? The App Army is Pocket Gamer's very own community of mobile game experts. Each week, we provide them with a bunch of free codes and early access to the hottest upcoming games so they can provide their thoughts in features like this. We also host regular community-driven events with them in mind like tournaments, giveaways, and multiplayer evenings. To join, simply follow this link to the page on Facebook and request access. We'll get you in right away!
Next Up :
Fantasy Town Diary: Days 5-7 - The circus comes to Fantasy Town