Road Warriors review - A combat racer that keeps breaking down

A side-scrolling pixel-art combat racer, you say? I am so there.

Remember Pixel Boat Rush? Probably not, but I do. It was a pretty-good side-scrolling pixel-art combat racer, and that's good enough for me.

So you see, I was all ready to love Road Warriors, a side-scrolling pixel-art combat racer that also stirs in some Nitrome-style anthropomorphic ducks.

Unfortunately, someone seems to have let the air out of this particular racer's tires on the eve of the race.

Road Warrior is a game that's fundamentally built on momentum, but which seems to do everything in its power to rob you of it.

Your futuristic hot rod auto-accelerates along an undulating, seemingly randomised moonscape, scooping up coins that are littered along the way and hopefully overtaking your 23 rivals.

You can also blow them up by tapping on them repeatedly - a somewhat clumsy, if satisfying system. 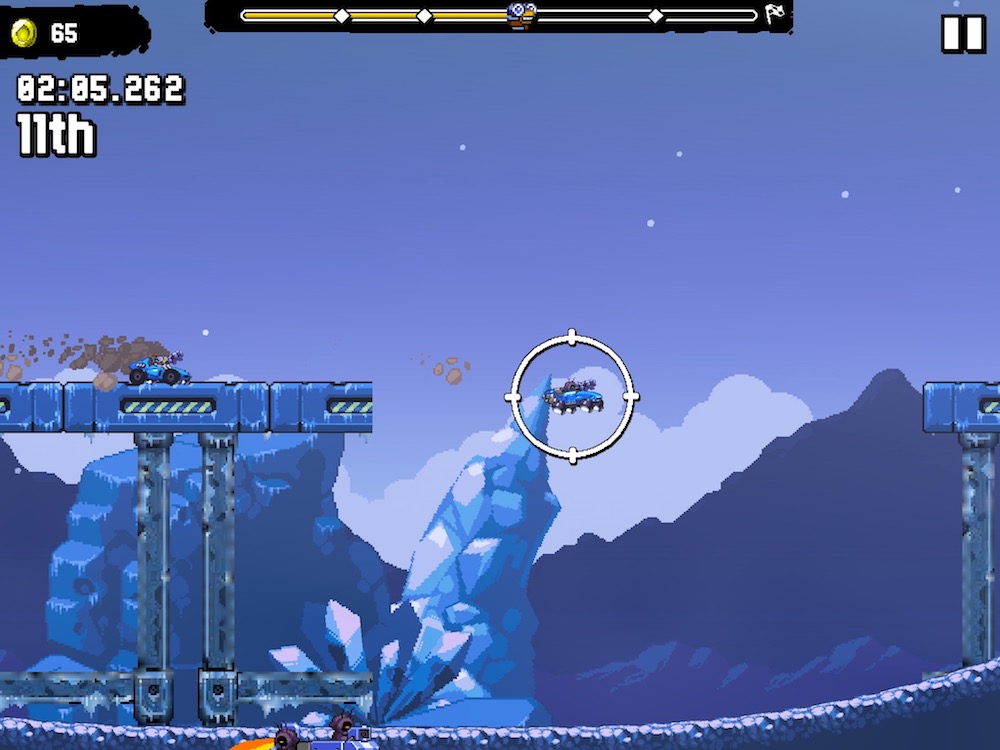 Tapping the screen also makes your car jump over obstacles, while holding makes you flip. Landing a successful flip initiates a temporary speed boost, during which you're pretty much indestructible.

So, flip as much as you can, right? Right. Except you have no idea when a jump is suitable for such an essential manoeuvre, whether there's a gaping drop ahead of you or another peak waiting to bring your flip attempt to a sticky end.

A few times I even landed right against a steep incline after a successful flip, completely nullifying its effect.

In the case of a total wipeout, you can always choose to have your ride put together again on the spot with a limited revive system. If you watch a 30-second advert, that is.

Road Warrior's judicious use of ads poses as an engine lubricant, but it only adds fatal friction to the game's fragile mechanics. Every minute or so throughout each point-to-point race you'll encounter a checkpoint, which you'll need to pay to unlock. 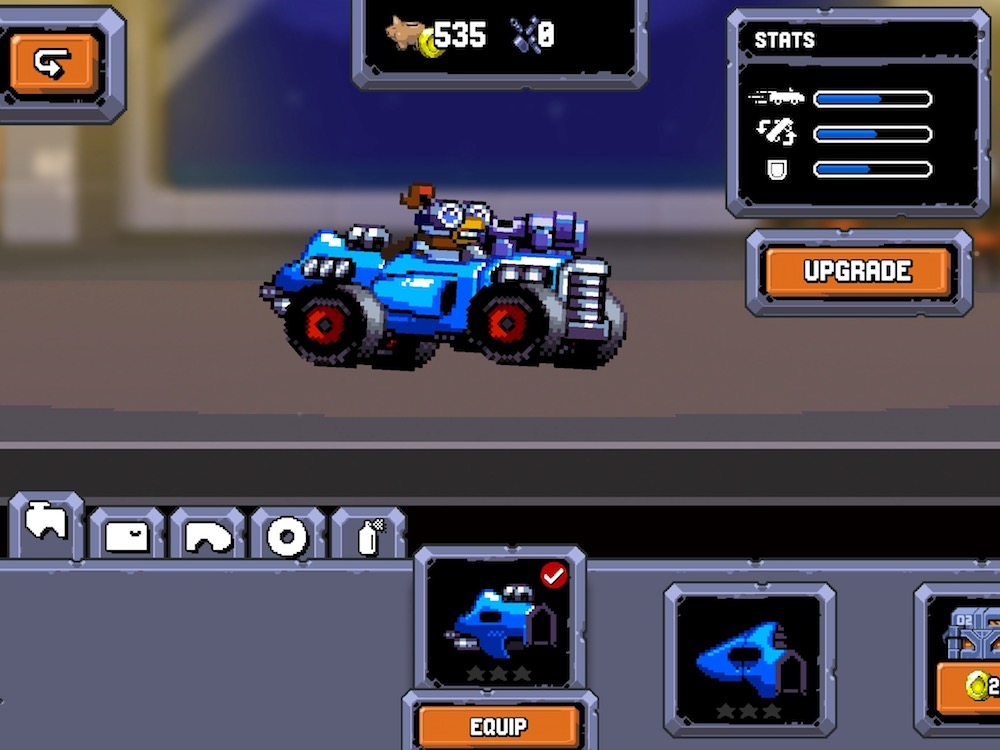 These tend to sap your momentum as standard, but the alternative option to unlock the checkpoints through watching more ads - something you're obviously going to do unless you want to resort to spending lots of real money - makes things even worse.

Oh, and you can only engage in a fresh race once per day. You have to repeat the current day's race if you want more action.

If I've been down on Road Warriors, it's not because it's a downright bad game. It's not. When it's humming along without incident (or rather, with plenty of incidents) it can be a slick, enjoyable casual racer.

But there's always an annoying break in the action around the corner, a clumsy random accident or overbearing ad prompt ready to send you and your enjoyment spinning into the hoardings.

Road Warriors review - A combat racer that keeps breaking down

An appealing combat racer that's critically hampered by frequent momentum-sapping breaks in the action and an overbearing ad system
Next Up :
Hundred Days review - "A success for the management genre"