And that has made all the difference

Speaking to the EU PlayStation Blog, Spry Fox chief creative officer Daniel Cook has revealed some of the very personal inspiration behind the studio's upcoming puzzling roguelike Road Not Taken.

According to Cook, his own unconventional journey through life is reflected in the narrative of the game, which is all about the choices we make and paths we take.

"I grew up expecting to live a very traditional Norman Rockwell-style life. We had a little house on a lovely winding road in rural Maine. I did well in school; checked all the official checkboxes. Then upon entering the real world, things fell apart."

Cook goes on to talk about how finding a job, the next step in the supposed 'correct' path through life, posed a problem.

"I've been fired for idly drawing pictures of planes inserted into bums. I've been hired at double the salary because (as I learned later) I wore the right type of hat to the interview." 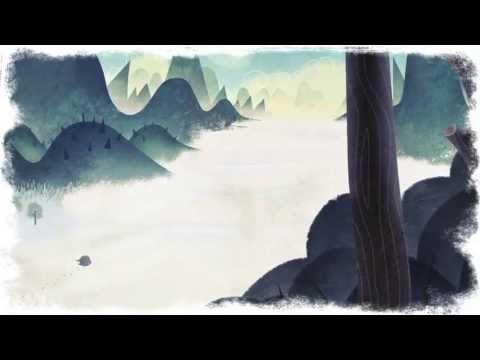 At every turn, Cook has encountered obstacles and challenges... both good and bad. He's fallen in love, and found that he and his partner can't have children. And all of these experiences have fed into the making of Road Not Taken.

"It's a game that puts you in the shoes of a person who has fallen off the standard path. You live alone, outside the village, and every season a new storm arrives. The people of the village need you. There are tragedies and small delights. There are unexpected events and decisions."

In the game itself, you'll meet people, interact with them, and make choices about the direction of those relationships. There'll be consequences to these interactions. Some of them are obvious, some of them are less predictable.

A personal puzzling adventure about the choices we make and the paths we take in life? It sounds like Road Not Taken is shaping up to be one of the most intriguing games of the coming months.