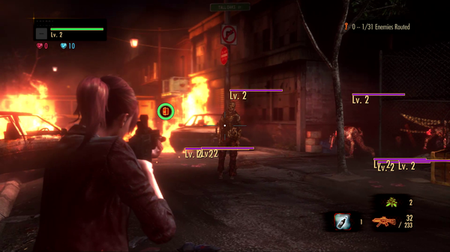 Yesterday, the internet was aflutter with rumours that the new Resident Evil would be filled with in-game purchases, which sounds scarier than crimson heads, Nemesis, and Barry Burton put together.

The gossip originated at Spanish site Mundo Gamers, which stated that you could buy continues to keep on playing after death.

And that's true, according to a Capcom PR bod who chatted to Kotaku - but they'll only appear in the run and gun spin-off raid mode, and the main story will be free from pesky purchases.

Plus, you will get the option to earn the life-saving continue crystals just by playing the daily challenges. But if you're greedy and you want more, Capcom won't hesitate to shut up and take your money.

No idea if any of this stuff will make it to the Vita version. While the PC and console game is out on February 24th, there's no release date for the handheld version. We'll keep you updated on both fronts.