Reigns wins the International Competition at the Zurich Game Festival

"It’s a good time to make satire," joked Nerial’s Francois Alliot, as he picked up the top award for Reigns at this year’s Ludicious, the Zurich Game Festival.

Held on Friday night at the Alte Kaserne of the Zeughaushof Areal in Zurich, Switzerland, the awards celebrated the best international indie games. They honoured small studios and developers trying novel ideas with small budgets. There were four categories, the International Competition (won by Reigns), a Student Competition (won by Nocturnal Hunt, developed by Wolf Pack of the Games Academy in Berlin), an audience vote taken live on the night (won by Deru from Schlicht) and a Main Award (which also went to Deru). 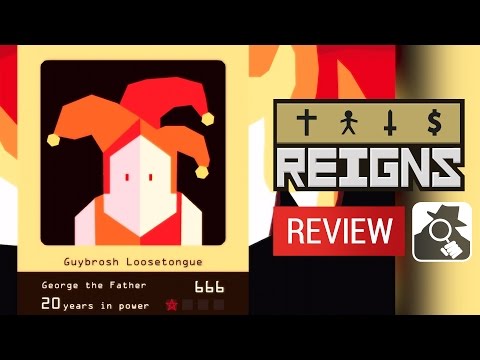 303 games in total were submitted to Ludicious, up 50% on previous years. The jury chose a shortlist of 11 games for the International Competition and seven for the Student Competition.

It was a great showing for mobile games. Six of the 11 shortlisted titles were on mobile platforms: Oniri Islands, Swaptales: Leon, Twisted Lines, Ellipses and of course the much-lauded winner Reigns.

The business part of the Ludicious festival ran from 26th-28th January, and the free family part open to the public kicks off on the 28th and runs until 29th. Early estimates are that about 600 people attended the formal business part. The keynote address at the awards ceremony on Friday night was delivered by NYU Game Center’s Eric Zimmerman. Our sister site PocketGamer.biz is a media partner of the Ludicious festival.

You can play Reigns now on iOS and Android.

Reigns is getting a board game adaptation called Reigns: The Council