Despite what some might tell you, I'm not entirely sure swiping left or right is really the best way to find a partner. Yes, it's much easier to whittle down your options, but binary choices don't leave much room for a middle-ground.

Well, you don't need to imagine, because Reigns: Her Majesty is here to show you exactly what that's like.

And, well, it's an awful lot like a swift death, apparently. When you start up Reigns: Her Majesty for the first time, it won't be long until you're very much deceased.

As it turns out, pleasing everyone can be pretty difficult when you've not got many choices to pick from. 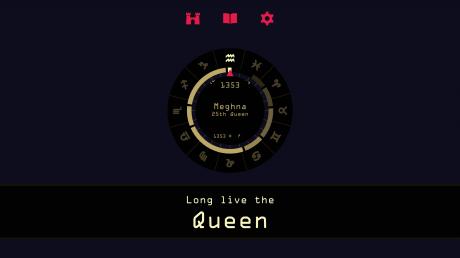 Her Majesty the Queen

So as we've surmised, you'll be taking care of an entire country just by talking to a handful of advisors and giving them either a left swipe, or a right swipe, usually either in agreement, or to scold them somehow.

This can range to all manner or things, such as founding a new museum, or school, to agreeing to some questionable experiments from the castle's eccentric doctor. The only issue is that pleasing one person can greatly upset someone else.

After all, a ruling monarch must seek balance. Should your decisions lead to financial collapse, you're dead. The church unhappy with your lifestyle? Dead. Weak military? Dead. Hell, the people of your country like you too much? Oh you best believe you're dead.

You get measurements for how pious, liked, ruthless and rich you are, and should any of those scales fall too low or rise too high, death is hard to avoid, with poor families being chased out of the country, weak ones having their neighbours declare war, and beloved monarchs getting crushed beneath the feet of their adoring fans. 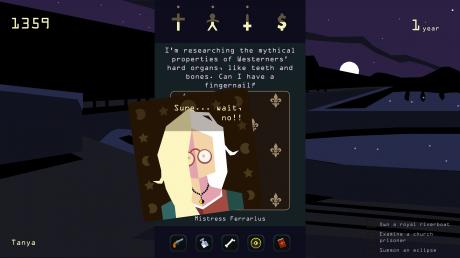 Staying alive requires careful management of those sliders then, even if that means upsetting someone. But Reigns isn't about constant death and restarting, nor is it about a long life. Instead, it's about being a Queen forever.

Players will, of course, still remember what happened to their last Queen, and this is written into the narrative. You are the forever Queen, a Queen who shall live multiple lives and rule multiple reigns. You also get to carry over items and quests your former Queen had.

Items can save you from death, or help you continue with an overarching quest that will transcend any one monarch. Throwing perfume at a Cardinal can prevent the church doing away with you, and threatening people with a duelling pistol can help them forget about ever threatening you.

Sadly though, using the wrong items too often is another sure-fire way to meet an untimely demise. 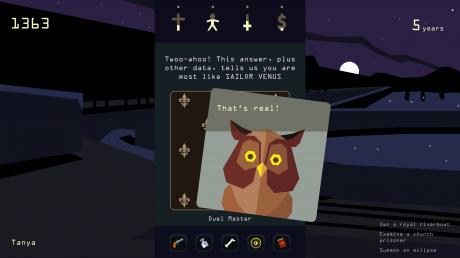 Reigns: Her Majesty is a unique proposition in the mobile game space, taking full advantage of the mobile form-factor (even breaking the fourth wall once or twice) by delivering a full choose-your-own-adventure game in a Tinder-themed shell, and it's brilliant.

You'll find yourself laughing at your own responses, and you'll be shocked when you die from being too trusting or just too beloved. More importantly though, it's so hard to put down.

All of your interactions with the game world are of course framed in this binary, yes-or-no decision making, but all of the outcomes feel so much more complicated and grandiose than the simple swipes you put in.

At times you'll feel completely out of control, and at others you'll be able to measure and gauge responses to a tee. As the Queen, it's all up to you.

A clever choose-your-own-adventure game that's going to keep you occupied for a good long while
Next Up :
Catalyst Black review - "Gorgeous visuals, smooth gameplay and fun-filled fights"