HEY GUESS WHAT? It's Friday tomorrow, which means there's only one day left before we don't have to be responsible, or as responsible, as usual for the following two days.

If you simply can't wait to get that Friday feeling, here's this week's list of simply the best new games to dive into, and there's some real stonkers this time around.

This installment of Ace Attorney follows Miles Edgeworth as he investigates crime scenes to unearth the truth of each case he takes. Solve the puzzles around you, work with the police, and bring criminals to justice. Though the game is full price on Android, it's current free to play one iOS with optional IAPs to unlock its full content. 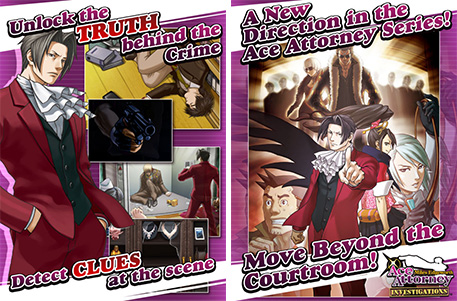 
Roll your Katamari into a ball and help the prince in this colourful and chaotic endless runner. Collect thousands of objects, team up with your cousins, and save the galaxy by winning back the Queen's heart... and other stuff. 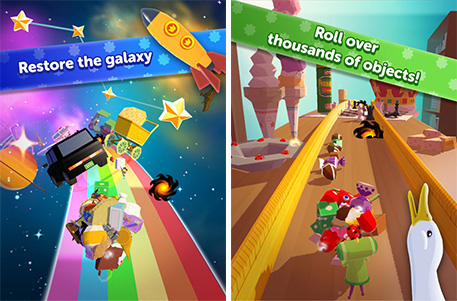 
It's been a while in the making, but OrangePixel's latest mobile game is out in the world. Ashworld is an open world survival game set a few hundred years in the future. In the middle of the apocalypse both food and water are valuable and rare to come by, though that's not your only worry in this pixelated world. 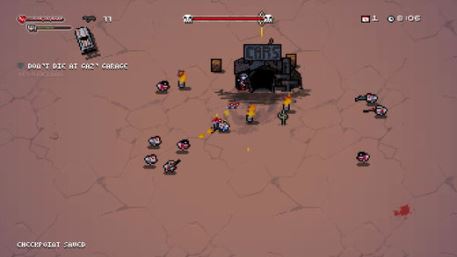 
If you love Pinball but hate playing it on your own, meet your middle ground option. This PvP versus is played on one device and it's you against the person sitting opposite you, or you against an AI that's probably way better than you thought it'd be. But that's okay, man. There's no-one judging your losing streak here.


Live out that boxing career you've always wanted and pick the style best suited for you. Whether you want to take the sneaky feet and tippy-tap approach or just throw all of your chips in and go for the big knock-out, that's up to you and your twitchy fingers.


It's great to see our pal Derrick on the App Store at last. Though you tell people you're avenging the death of your parents, you're really just going on a destructive rampage as you chew through birds, fish, bears, whatever. Work through 32 punishing levels, 11 gorgeous environments, and four sub-continents.


It's an odd one, but stay with it. Getting Over It is a hilarious and deeply punishing game about getting up a mountain with just your hammer and a heavy pot. When you're not crying from frustration and exasperation, you can listen to the deep, philosophical reasonings to your problem at hand. Like, woah, man. 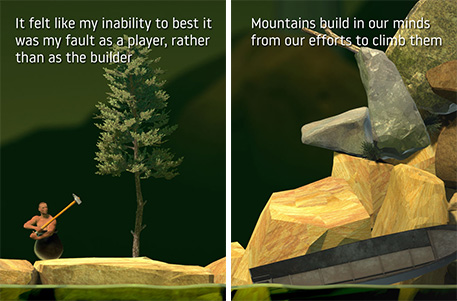 
It's time to blow up some poorly constructed, Medieval castles and harmless sheepy bystanders. Fling exploding barrels and rockets, climb across your furniture to get the right vantage point, and collect building materials for you to make the castle of your wildest dreams (then blow it up). 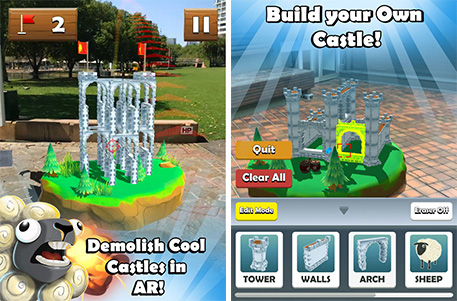 
Arm yourself with knives, drainpipes, and bottles to fight through eight thug-infested urban areas and bring order to the city. If you love the beat 'em up classics, you'll likely want to give this one a shot.


Help Pepe and Line get together again in this stunning pipeline puzzler. Work through six different fairy islands and tons of levels, enjoy the striking 3D, isometric gameplay, and challenge yourself to get a medal in each level.


Leave the world you know behind and step into the unknown world of this cooperative sandbox action-RPG. Craft powerful gear and level up to the nines to take on the bad guys of the game, and explore a bunch of randomly generated islands to restore peace.


Find out just how difficult it is to rule a kingdom as Queen in this latest release. Make tough decisions, balance your empire, and die in a hell of a lot of ways as you work through conspiracy, sickness, and tricky politics. 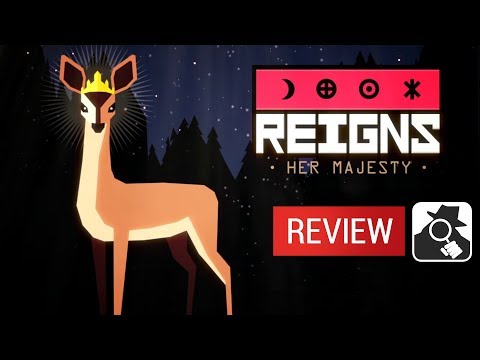 
If you're looking for a new fantasy card game to shuffle into over the weekend, Runewards is a game all about bluffing and outsmarting your opponent. Whether you want to play solo against AI or take the challenge against other players around the world, it all starts with a handful of cards.


When all of humanity is gone and logic is made up entirely of zeros and ones, what adventures lie in wait for a little robot curious about the human race. Test your skills, solve diverse challenges, explore stunning environments, and make tactical decisions in this episodic puzzler.

VEmpire - The Kings of Darkness


This vampire-themed deck-building game mixes history and horror together as it takes inspiration from one of history's most influential royal dynasties, the house of Habsburg. This one's 100% IAP-free, so you can't pay your way through it, pal.


Play as Bob and help him figure out the advanced physics and innovative controls of the game as he solves puzzles and experiments with the tools he's been given. Of course, you could always misuse the tools to have more fun, but you didn't hear that from me. 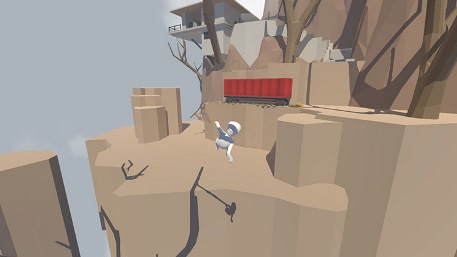 If you had a soft spot for Micro Machines, you'll likely be down for this top-down multiplayer racer. Combing physics-based gameplay with intuitive arcade racing in fast, competitive races, dabble in five unique classes of vehicles, an over 11-season solo campaign with more than 150 events and 13 event types, an RPG-style upgrade system, and local/online multiplayer. 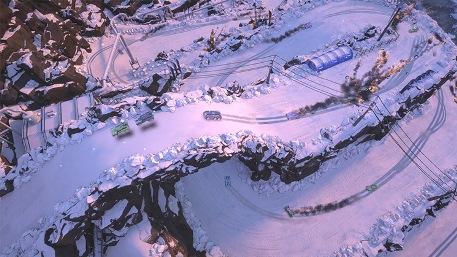 
Race against each other and defy the police in this game of illicit hydrojet racing. Kick out death-defying stunts, dodge the fuzz through public waterways, and put your pedal to the metal for breakneck speeds across the lapping water. 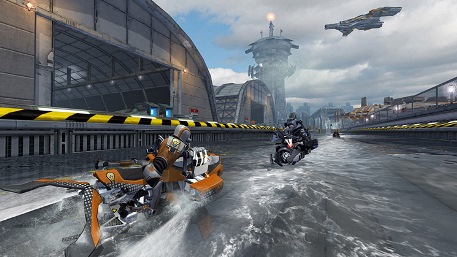 
This murder mystery game takes place in a never-ending masked ball. After the guests start dying quite horribly at the Sexy Brutale casino mansion, you've got a second chance at redemption once midnight strikes and the clocks turn back. 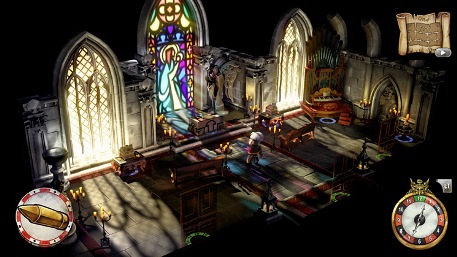 Slain: Back From Hell


Enjoy Gothic action and some seriously bitty, gory deaths as you control the fate of our doomed hero, Bathoryn. It's your job to liberate six cursed realms from six deadly overlords and battle across blighted lands, avoiding traps, monsters, and more. 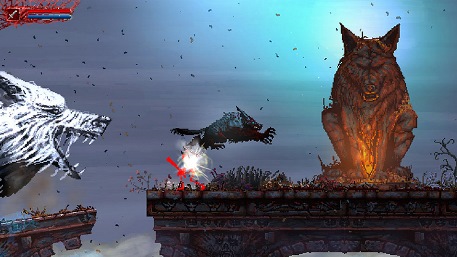 
Explore this non-linear world (and hand-drawn environments) using magnetism and other electromagnetic powers. Jump into a timeless adventure and discover the story of a boy who finds himself engulfed in a long-forgotten conspiracy. 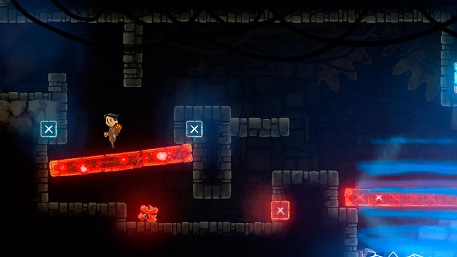 
WWE 2K18 brings you closest to the ring yet with hard-hitting action, drama, new game modes, additional match types, deep creation capabilities, and much, much more. 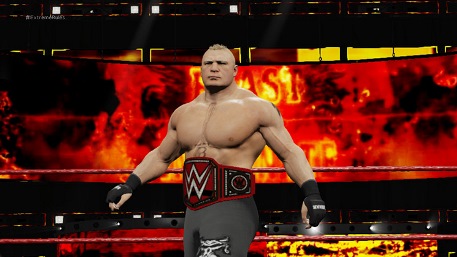