To put it mildly, there was much consternation among the mobile gaming community when EA announced its decision to transform Real Racing 3 into an IAP-heavy free-to-play racer.

EA's freemium approach to its premium racing franchise doesn't appear to have adversely affected Real Racing 3's performance on the App Store, though. It's been sitting pretty at the top of Apple's Free Apps chart in 90 different countries, after all.

Furthermore, Real Racing 3 was downloaded more times in its first week on the App Store than Real Racing and Real Racing 2 have been downloaded in the entire time they've been available on Apple's mobile platform.

"There's no question that going freemium was the right way to go," Nick Earl, EA's vice president of mobile and social, said.

"The vocal minority lashed out at freemium. We respect them and understand, but the market has spoken. That's just where things are going."

According to an infographic released by EA (posted below), budding drivers from around the world complete a whopping 25 million races in Real Racing 3 every single day.

That means gamers have spent more than 14 million hours behind the Real Racing 3 wheel since the game hit the App Store just under three weeks ago.

Real Racing 3 nabbed a Gold Award at review. You can grab it from the App Store [download] and Google Play [download] right now. 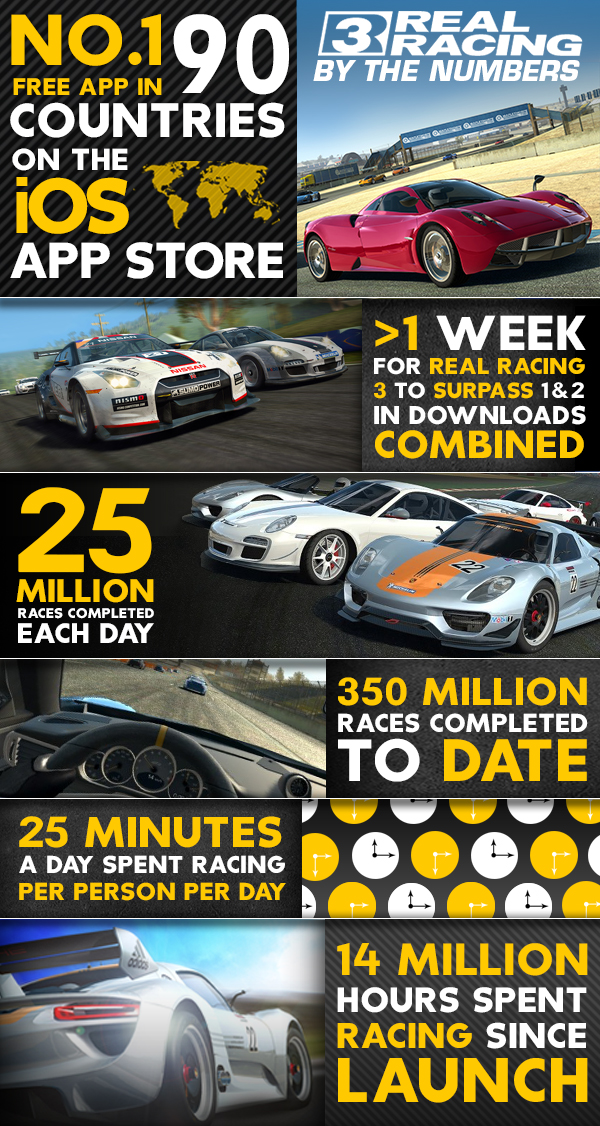