Raziel, the Tencent backed action dungeon crawler, to shut down later this year

The Tencent published Diablo-like ARPG Raziel is officially closing its servers following an official announcement made by the company today. The hack-and-slash looter will be shutting down on June 15th after nearly three years of service.

It’s never fun to see any game shut down, let alone what was overall a pretty good mobile ARPG with one of the biggest publishers out there behind it. But, unfortunately, sometimes titles get caught up in situations that disallow service to continue. This was the case with Raziel, which is only being shut down due to the expiry of an agreement between Tencent and the actual developers of Raziel, Indrasoft HK.

In a similar fashion to Dragalia Lost, which also announced it will end service this year, Raziel’s fanbase has expressed a lot of discontent with the announcement, even taking to making official complaints to try and keep the game alive. Whether this will work is yet to be seen, but we can certainly cross our fingers and hope. 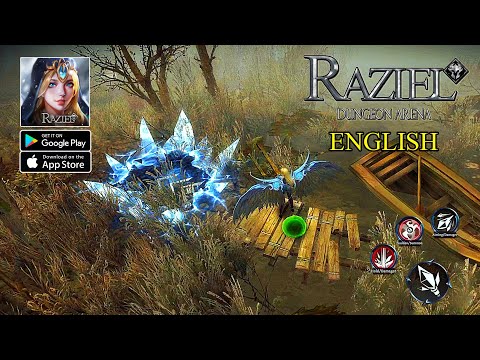 It’s not all bad news, however, as Raziel will be starting an exchange compensation for players with unused game tokens, the title's premium currency. This will allow you to get your money back on any premium currency you bought, so at least you won’t be losing any investments you may have made.

This consolation alongside the fact that we at least have a few more months to enjoy the looter-slasher top-down ARPG means that there’s still somewhat of a bright side to all of this.

Still, to see a fully functional and very much alive title get closed down like this is a pretty big bummer. Regardless, if you’re looking to get some time into the dungeon-crawling ARPG before its doors are closed for good, you can find it for free on Google Play and the App Store.

Looking for a replacement action-packed game to play after this disappointing loss? Check out the Top 25 best action games for Android!
Next Up :
Tales Noir, a new fantasy RPG featuring fairy-tale characters, launches global beta test