For a series that never really came up with any new ideas, Seibu Kaihatsu's Raiden sure has a lofty reputation. While Irem's R-Type introduced the charge shot and Konami's Gradius boasted selectable power-ups, Raiden was content to simply refine what had already gone before.

As a result, it was an arcade smash-hit and has inspired no fewer than seven official sequels - some (but not all) of which are included in this portable collection.

Thankfully, the games that have made the cut are of an exceptionally high standard - Raiden Fighters Jet is considered by some shooter experts to be one of the finest examples of the genre.

If you've previously dabbled with other iOS shooters then you'll know the drill with Raiden Legacy. You move your ship by tapping the screen and then sliding your finger around - the craft will mimic the movement of your fingertip.

Auto-fire is enabled by default so you don't have to worry about discharging your guns - however, smart bombs are still controlled by an on-screen button.

Raiden Legacy offers two control modes: Fast and Arcade. The former ensures that your ship always keeps up with the movements of your finger, while the latter restricts the speed to the original arcade standard.

This is naturally more authentic, but it does make the game harder, so unless you're playing with an iCade (support is included, naturally) then it makes more sense to stick with the Fast mode.

The original Raiden aside (it's a bit primitive these days), all of the games included here look fantastic, but you'll want to disable the default graphics filter as soon as you boot the game up. The filter smooths out the pixels, creating a fuzzy look which ruins that chunky retro vibe. Thankfully, once this is switched off, all of the games in the compilation look amazing.

You'll also want to disable the full-screen option. Not only does this prevent the images from being stretched when playing on an iPhone 5 or fifth-generation iPod touch, but it also adds the all-important 'dead zone' at the bottom of the screen. The dead zone is crucial because it allows you to move your ship without obscuring the action with your finger.

Designed to guzzle coins with extreme prejudice, the games on Raiden Legacy are as tough as old boots. You get a limited number of continues to use, which means you'll have to hone your blasting skills if you want to make it all the way to the end.

Uncompromising, addictive, and at times painfully beautiful (the reflections in the water on the opening level of Raiden Fighters 2 are genuinely stunning), Raiden Legacy is a selection of titles that will leave shooter addicts grinning from ear to ear.

These are no-nonsense, unpretentious blast-a-thons from a bygone age, unleashed on soft modern players to teach them the true meaning of difficulty.

Casual gamers may wish to look elsewhere, but for those who savour a challenge - and recall the days when the arcade was the premier venue to get your gaming kicks - this is a must-buy. 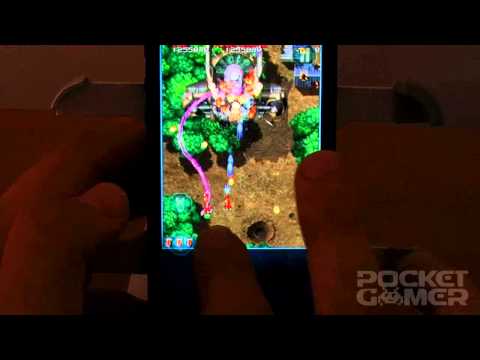 Four of the best shooters money can buy in a single collection, Raiden Legacy is shooter perfection
Next Up :
Xiaomi 11T Pro review - "Pro in name, pro in nature"