Radiation Island can be a pretty daunting prospect to begin with. It's a vast space, full of deadly creatures and zombies, and while the game pokes you in the right direction every now and then you're mainly left to your own devices.

Don't fret though, and don't lay down on the beach and wait for the irradiated corpses of scientists to come along and maul you to death, because we're here to help.

In this guide we'll give you some hints and tips to make sure that your first few hours on the island aren't an unending torrent of misery, starvation, and death.

It can be tempting when you first start to just run out into the wide open spaces Radiation Island offers and see what there is to see, but that's probably not going to end very well.

If you're not prepared, with a decent stash of food, a good weapon, and some clothing, then it's likely your trip into the unknown is going to be brief and come to a grisly end. 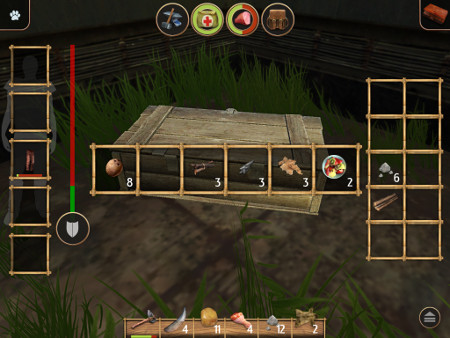 So before you stride out, take some time to build up a stash of useful items. You'll build a makeshift hatchet in the tutorial section, but you'll want a bow and plenty of arrows before you head out into the wild.

You'll also want to make sure you've got a decent stock of food, and that you've learned how to make torches and camp fires.

It's a good idea to spend some time making a base of operations before you head into the heart of the island. Here you can stash items and make a bed.

Not only does a bed let you sleep off some of the rigours of the day, it also acts as a respawn location. Respawning near your supplies is obviously a good idea. 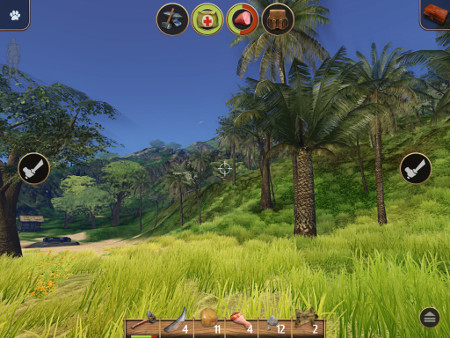 Pick a hut that already has a couple of storage boxes in it to build your bed, that way you can save some wood to begin with. If you need more you can build them with wood and wool.

Spend a few minutes every day collecting supplies and topping up your storage boxes. You don't have to sleep in your bed all the time, but it's sensible to head back there every couple of days.

Fire is one of the most important parts of the game, which is why I've given it its own little section. Without it you'll be cold and vulnerable at night, which are two things you want to avoid at all costs in Radiation Island.

A fire will keep creatures away during the night, and also make sure you don't lose valuable body heat. You'll need wood, stone, and flint to make them. Once the wood is consumed you'll need to add more to relight the fire. 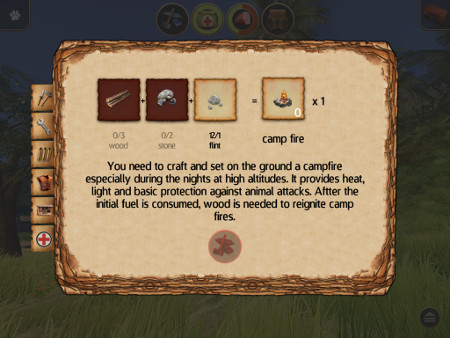 You can also build torches, which let you travel in the dark. If you don't have a torch, then going anywhere in the night should be a no-no.

Not only is night travel more dangerous when it comes to monster attacks, but you might wander off a mountain path and break your legs, which isn't the best way to survive.

There are plenty of materials that you can only get from killing the local wildlife, but that doesn't mean you should head off on a slaughtering spree from the word go.

Explore the area around the coast, look in as many huts as you can, and find as much equipment that's already been made. It's easier finding the items you need to make some arrows than it is the items for a bow. 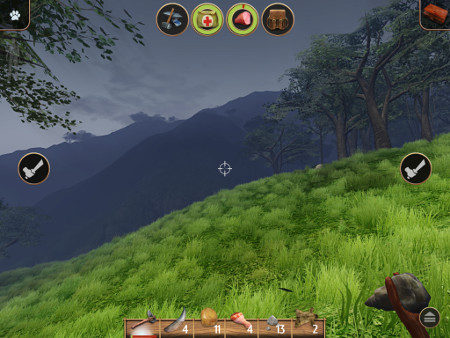 When larger animals attack, it's worth running the hell away. A couple of arrows will take down a wolf, but you'll need something a little stronger to take down a crocodile before its takes a chunk of your health.

When you're hunting, keep an eye on the icon in the top left corner of the screen, and make sure you know where your predators are. Always leave yourself a decent escape route as well. Hard to reach coves might be fun to find, but they're the perfect place for an animal ambush.

The best rule for surviving on Radiation Island is to use your common sense. Figure out the essentials for staying alive and focus on making sure you've got them at all times.

Eat regularly, and work out exactly how much of your hunger meter the different types of food refill. Don't waste food if you don't have to, and try and keep enough in reserve for emergencies. 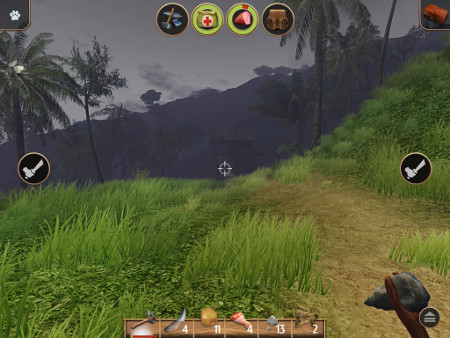 Study the crafting trees, and work out which materials you need the most of and where you can get them. Heading out without an idea of what you're doing can be fun, but make sure you've got plenty of supplies before you do.

Upgrade your carrying capacity quickly, and you'll be able to travel farther without having to return to your base. And don't be afraid to move your home if you find a better location.

And don't rely on a single weapon. Have a couple at your disposal for ranged and melee combat and you'll be better equipped to survive.