Following its recent announcement that R2M will launch for mobile and PC in Taiwan, Hong Kong and Macao later this year, South Korean publisher, Webzen, has now opened pre-registration in those countries for its upcoming MMORPG, and has also announced a CBT period for the Taiwanese version from July 1st.

Players that sign-up to R2M via the official website are set to receive a variety of rewards for their support, including Colport’s Phantom Necklace, 100,000 Gold, and a Combat Power increase at the start of the game. Along with these rewards, fans that pre-register will also be invited to take part in R2M’s Share and Comment events which will be held via the game’s official Facebook page. Winners will be selected at random and will receive multiple in-game rewards, including: Jupiter’s Contract Sand of Time Sack, various equipment enhancement Scrolls and more. 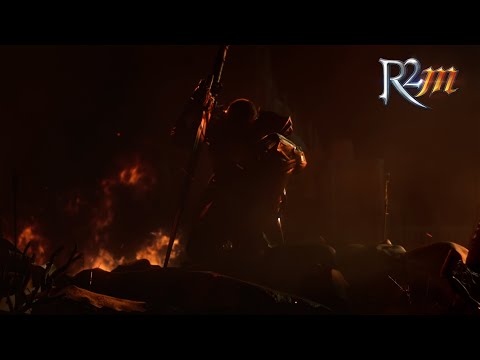 As a mobile spin-off to the original PC title, R2 (Reign of Revolution), the new mobile version stays true to the original game’s core gameplay features, including adopting R2’s unique Combat and War combat system which can fling players into intense PvP encounters at any moment.

Players will also be granted the ability to transform their characters’ powers and appearance with over 130 possible transformations available to them, making for a truly unique RPG experience.

Taiwanese players will have the opportunity to enjoy an early taste of this experience when R2M launches its Closed Beta Test in the country next month. The CBT period will last for 3 days (from July 1st to July 3rd) with 10,000 testers set to be recruited on a first-come-first-served basis, so don’t waste time in signing-up!

What's A Preferred Partner Feature?
From time to time Steel Media offers companies and organisations the opportunity to partner with us on specially commissioned articles on subjects we think are of interest to our readers. For more information about how we work with commercial partners, please read our Sponsorship Editorial Independence Policy.
If you're interested in becoming a Preferred Partner please click here.
Next Up :
Fortnite's Rainbow Royale celebrations return with free items with another event in September

R2M is Webzen's follow-up to the hit R2 game on PC, coming to Taiwan, Hong Kong and Macao soon