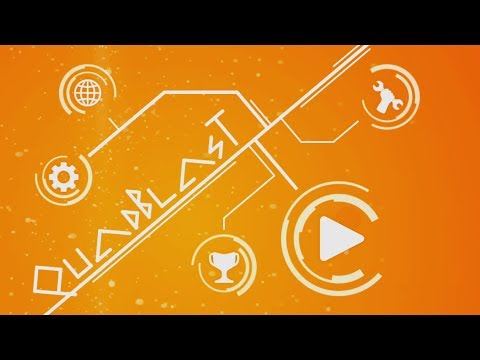 Quadblast is a twin-stick shooter without any sticks that sees you tilting and swiping through waves of grey blobs. It's just hit the App Store in New Zealand, and should be out in the UK at midnight tonight.

The game is bright and vibrant, and the tilt controls work pretty damn well. You can only fire your massive beam of death in four directions, and swiping on the screen changes where you're blasting.

As you'd expect from an arcade shooter it's fast, frantic, and asks you to find that strange level of zen-like focus that the best blasters require.

The game is ad-supported, and there are a few IAP scattered through as well. Quadblast won't cost you a thing when it lands in the UK later today, and it's definitely worth a look at that price.