The Taito Egret II is now open for pre-orders, and yes, it's quite possibly everything you could ever hope for. The mini-console not only ticks all the boxes when it comes to nostalgia, but it also seems to be fighting back against the idea that mini-consoles are no longer all the rage right now.

Of course, the biggest drawback of the Taito Egret II is its price point, which comes at a whopping $229.99. Is it going to be worth all those old-school retro games you've always loved from your childhood days? Only time (and the official release date) will tell, but for now, suffice it to say that it can definitely bring on all the classic arcade vibes in a new and revamped way.

There are 40 games in total for players to tinker around with, along with the function of being able to switch up your screen's orientation. The Limited Blue Edition Bundle (available for pre-order on Gamesrocket) will also feature a special cup along with cup holders, while the Arcade Cabinet Blue Edition will feature a Paddle and Trackball Expansion Set. It will also include 10 extra games plus a controller, so it comes at a higher price tag of $369.99. 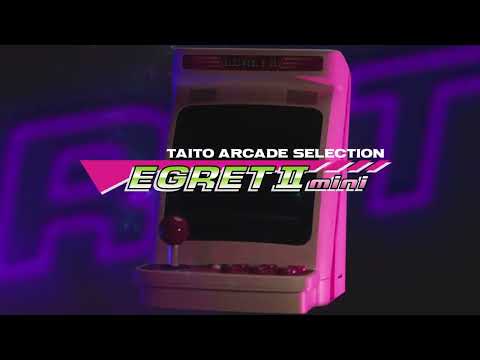 The Taito Egret II mini will officially launch in Japan on March 2nd, with no official Western release date just yet. For now, you can feast your eyes on the embedded trailer above to hype yourself up even more.

Next Up :
Final Fantasy VII: The First Soldier is hosting the President's Cup, a ranked event giving numerous exclusive rewards and a chance to win President Shinra's skin