Sponsored Feature: Laser Dog reveals why its stylish arcade-puzzler PUK is all bite and no bark

PUK was garlanded with a glowing Pocket Gamer Silver Award just a few weeks back. In our review of Laser Dog's game, we complimented the "utilitarian philosophy" behind this "fast-paced hugely entertaining flick-'em-up".

I couldn't have put it better myself... so I didn't.

One man who certainly would have appreciated the positive tone of our PUK review is Simon Renshaw, developer at Laser Dog. We spoke to him earlier in the day to find out more about that aforementioned philosophy.

"I would describe PUK as a retro-inspired, super-minimal, pure action-puzzler. It's a game designed to test the player's nerve and endurance," Renshaw says.

With PUK, it definitely seems as though Laser Dog was attempting to appeal to a certain type of mobile gamer.

"Most games that I see these days (across all platforms) tend to be entertainment focused, designed to draw you in with prettiness and comfort rather than bite," Renshaw states.

"The problem with these games is they leave you feeling a little bit empty when you complete them, because they hold your hand almost all of the way."

Renshaw claims PUK is different, though. Laser Dog has aimed for the purity of games gone by, you see, where trial and error combined with quick reflexes results in a real sense of achievement when you complete a puzzle.

But that doesn't mean PUK's gameplay is as archaic as the tone it attempts to emulate. In fact, Renshaw describes the core design as a "clean mechanic" that involves pinging pucks around the uncluttered screen in order to eliminate circular portals.

Medals on each level are designed to give the player something to aim for, too, while the taut gameplay is enough to keep players coming back for more. Plus, it's dead easy to compete with friends in classic high score duels in PUK. Trust me. 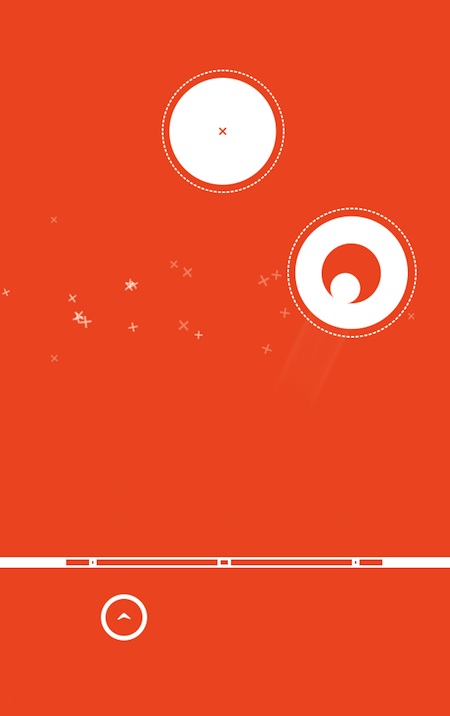 "We wanted player's heart rates to increase when they're chasing their own high score or someone else's high score. The first time I broke 100, I felt exhilarated.

"I think people look at PUK and reckon 'that looks easy.' Then, they play it and realise it's not. Within five minutes, people are either screaming at it or punching the air. I'll be looking for a similar emotional response in every game we make."

For Renshaw, however, the single most important element of the game is the player's direct interaction with it. In this case, via a touchscreen.

"Development on all of our games begins with the question of how do we use the device perfectly, mobile or otherwise. To me, PUK's control method is great and you feel like you have razor-sharp control over your PUKs.

"Actually, the shake-to-bump-your-PUKs method was designed as a last resort. Once you're used to it, though, it feels perfect.

"Weirdly, it's both instinctive (shake to undo) and alien (in that I don't think this method has been used in this way in a mobile game before). The inspiration for this control mechanism was the 'tilt' method on a pinball table." 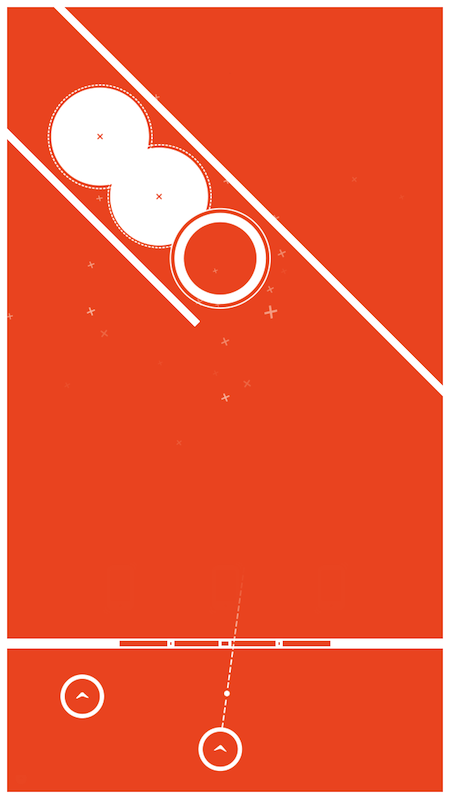 Renshaw is rather proud of the fact, by the way, that his game doesn't contain any text whatsoever; just scores and Game Center names.

"And I love the feeling you get when a PUK hits home, especially the last one after three tries. Most of all, though, I love that we've made a game that people will play in years to come that feels tiny yet complete and simple yet tough," Renshaw states.

In fact, Laser Dog is so confident in the final version of its game that it is already switching its attention to its next project. There is one thing that he mentions the team may change about the PUK experience, mind...

"The more I think about it, the more I want to reward PUK's fans by letting them show off their skills and compete head-to-head. But that's a way off! PUK's follow-up is taking priority at the moment."

PUK is available now as an iOS Universal app for 69p / 99c from iTunes.

Pull back and ping like The Rocket in PUK