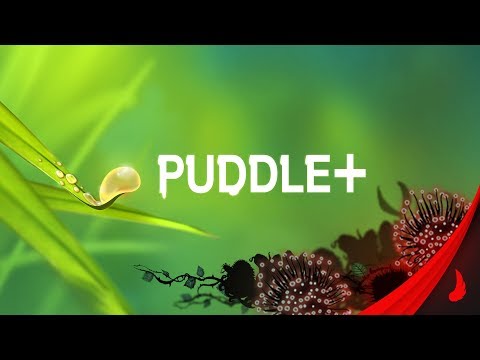 Far from an unfinished and peculiar mathematical sum, Puddle + is actually an improved version of the 2013 Silver Award-winning physics puzzler Puddle for mobile.

Improved how? Yes, that is the big question. Well, it supports being played on Apple TV and Android TV now.

It's been optimized for use with the Siri remote and also supports MFi controllers. Oh, and it also has improved graphics and has new videos to watch, apparently.

That's about it. If you haven't noticed already, Puddle + has actually replaced the original Puddle on iOS and Android.

We haven't yet confirmed whether or not you get Puddle + for free if you originally owned Puddle but that's what we're hoping.

Liquid puzzler Puddle+ gets its price evaporated to 99p / 99c