Panda-ing to the casual crowd?

Tucked away inside the frankly massive entity that was EA’s backstage ‘booth’ (more a castle than a stand) at Gamescom, Chillingo was quietly showing off a number of new releases due for release on iPhone and iPad over the next few months.

Having released the superb and violent Anomaly Warzone Earth the other week, the British publisher is looking to go back to its traditional casual roots for the next batch of iOS games.

So without further ado, let’s take a wander through the games hoping to be labelled ‘the new Cut the Rope / Angry Birds’ over the following months.

Roll in the Hole 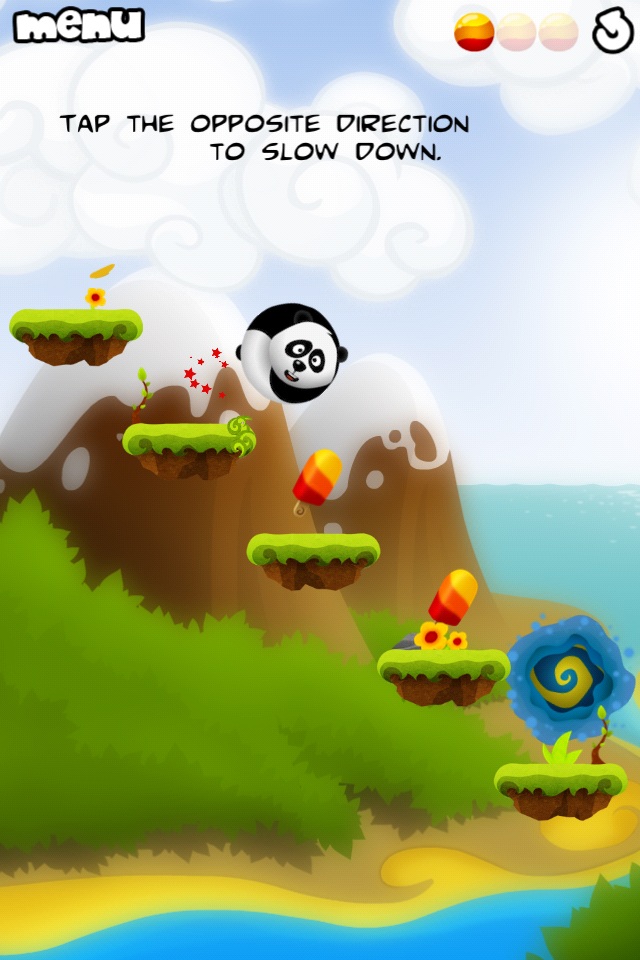 Stop sniggering at the back, please.

Roll the Hole is actually a fairly harmless little physics-based puzzle game, despite the suggestive title.

You play as a panda hoping to collect three lollys (just imagine I wrote ‘stars’ there) en route to each level's hole. To do so, you tilt the screen in the direction you want to roll.

Sounds uninspiring, right? Well, there’s something inherently funny about seeing a big, fat panda spinning around at a hundred miles per hour before shooting off to his death that other games just can’t match.

Don’t be fooled by the innocent graphics, mind: this is one surprisingly tricky affair, with features like slippery ice levels and zero gravity sections throwing you off course. 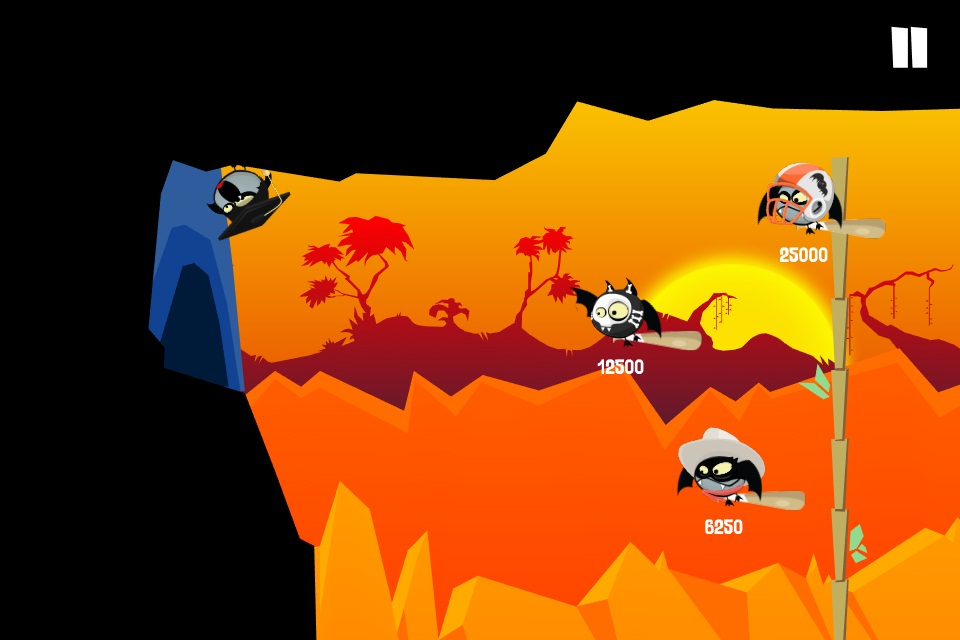 Misleading title fans are having a field day with this article, because while Swing the Bat may sound like a game based on the recent London riots, it’s actually about swinging AS a bat.

You know: the nocturnal mammals that created the Batman in a horrific cross-species birth sequence (I’m just trying to annoy you, comic fans).

It plays out a lot like Super Hook Shot meets Tiny Wings, in that you have to tap the screen to extend your...rope. Obstacles include caverns, bamboo trees, and monsters to avoid / attach to, while your bat curls up and has a snooze should the sun peak over the horizon.

To be honest, I didn’t really enjoy this one. It seemed to go on forever before it started to get hard, and the gameplay is too similar to the previously mentioned games to grip me.

Still, it looks fairly silly, especially the customisable bat-thing with his crazy hats.

Swing the Bat will be out next month. 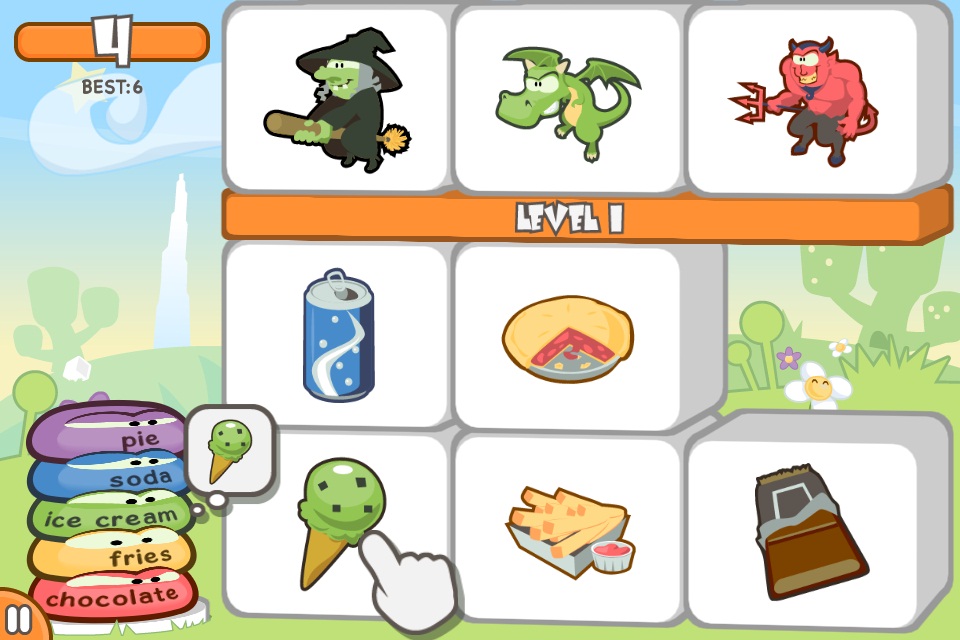 Here’s one that sounds even worse than Roll in the Hole in terms of concepts.

Gum Drop! is essentially a memory game, in which progressively denser sets of item-containing cards are displayed. Your task is to tap the correct ones as shown on a set of rapidly inflating bubblegum creatures.

Thanks to the quality of the presentation and the general air of terror that seizes you around level 15 (there’s a lot of cards to choose from by that point, and not much time), Gum Drop! actually ends up being rather entertaining.

I can imagine the Crystal and Game Center leaderboards being vital to this one’s long-term appeal, although the fact it can double up as a language-learning tool - it will be released with a ton of languages from German to Japanese - will no doubt please the enthusiastic linguist. 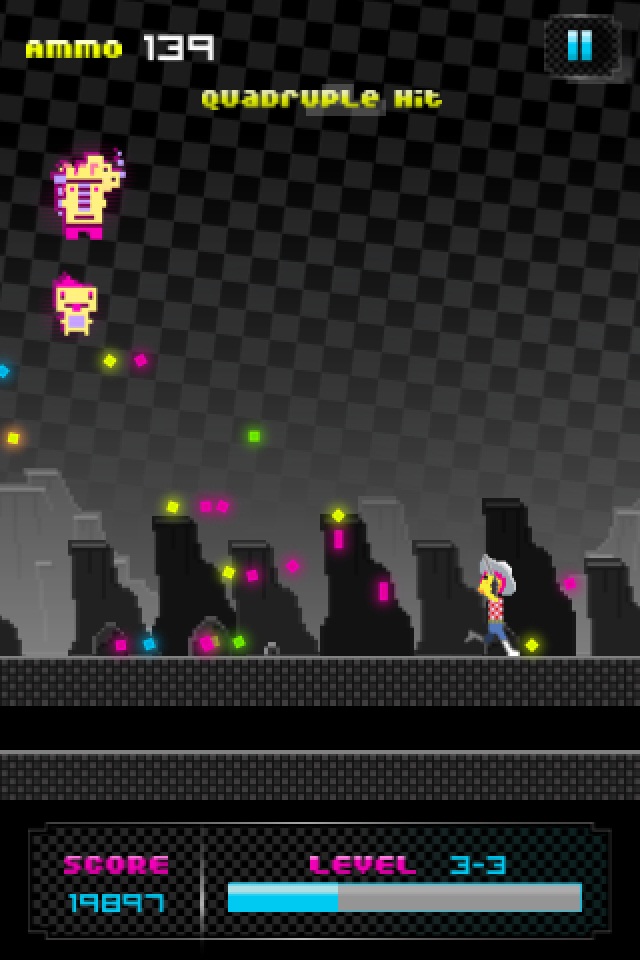 Why, howdy partner! I see y’all have noticed ma’ voice has cunningly switched to that of an approachable cowboy from the Wild West, my good man. Would you like some tea?

Damn it - I could never do that accent properly.

Anyway, Pixel Ranger is a retro shooter with some delicious pixel-art graphics (hence the name) that make it look like it’s running on an old arcade cabinet from the early '80s.

You, as the titular gunslinger, must run from left to right and back again on the single-screen levels, tapping away at the nasties as they fly down (or tunnel up) at you.

There are multiple grades to attain among all this hootin’-and-shootin’ action, and the amount of pyrotechnics that go off when you shoot something is particularly satisfying.

We’ll see if it has the stomach for a real fight when it launches later this month.

Next Up :
King's Choice: Making the most of the in-game anniversary goodies