Looking good, but beware the profiteers!

We've just taken delivery of our wonderful new Google Nexus 5, and so far so good.

Ordering was simple this time around (something that can't be said about every Nexus launch) and it even turned up several days ahead of schedule.

And there's something nice about knowing you've bagged a phone that has a top-of-the-line Snapdragon 800 CPU, 5-inch full-HD screen, and Android's latest KitKat OS for as little as half the price of some other high-end smartphones. 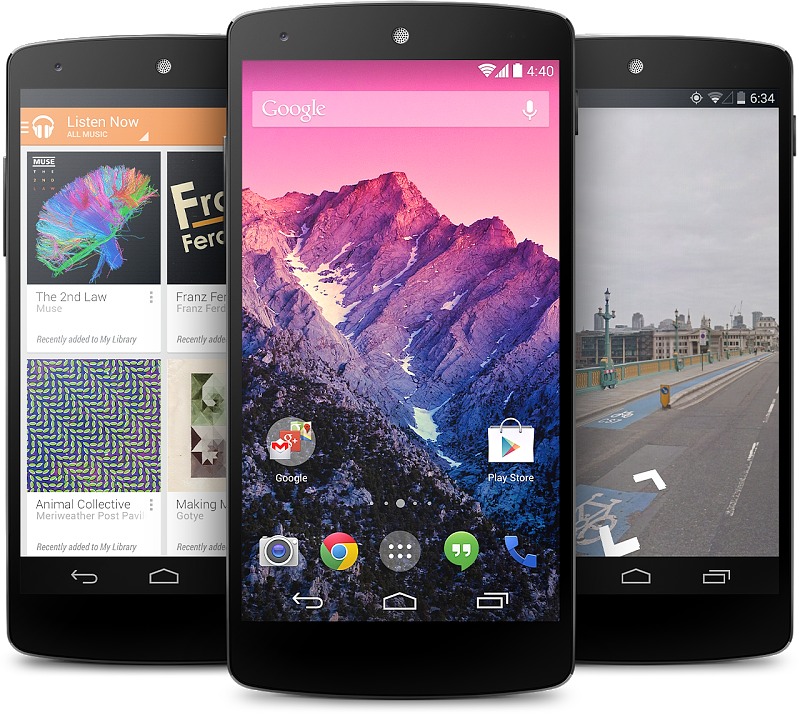 But, is it any good? We'll bring you a full and proper verdict after spending a few more days with the phone, but here are some photos of the unboxing and first impressions for now. 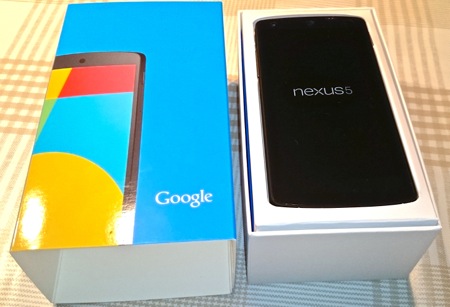 At first glance, the Nexus 5 doesn't look or feel anything like as special as the Nexus 4. Cheaper plastic, and the absence of glass on the back and the hologram-style reflective pattern of the previous model makes the Nexus 5 appear quite anonymous. 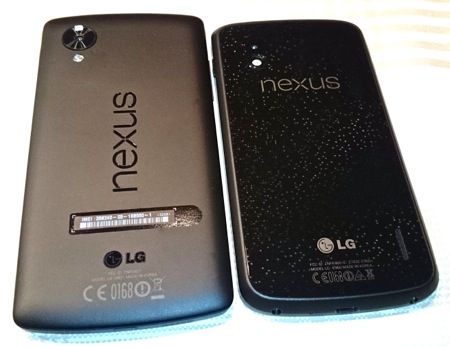 The LG and Nexus logos do have a bit of reflection, but it's not in the same league.

The lack of glass should keep repair bills down, though, and if you're not so keen on its understated look you can invest in something like the official (£35 – ouch) QuickCover that includes a magnet to turn the phone on and off automatically. Amazon and eBay will of course supply cases for much less than that. 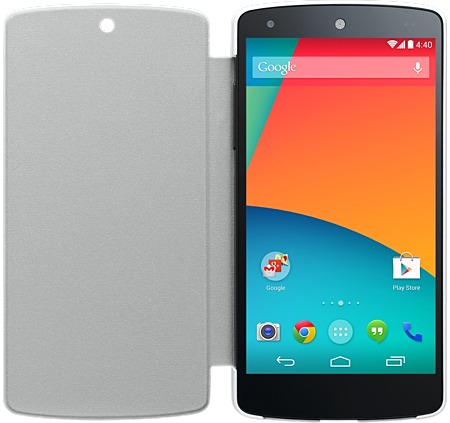 In its naked state the phone casing feels grippier and more secure in the hand than the Nexus 4's, so it's not all bad. The extra grip is especially important given that the phone is slim (8.59mm) and incredibly light at just 130g. 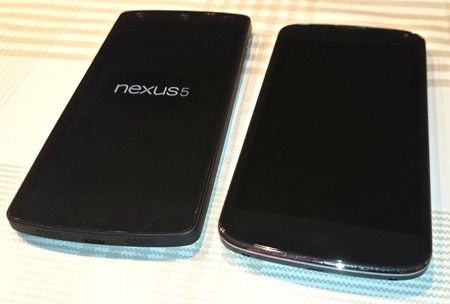 Have a break, read about KitKat

Android 4.4 brings with it a few new user interface tweaks, but nothing revolutionary. Google has worked hard to establish a consistent look and feel for its apps over the last 18 months, but the major differences are to the home screen and the size of apps in the app launcher.

Apps can now be full screen in more instances, while both the softkeys and status bar can be set as transparent to make better use of the screen. The light blue 'holo' theme is now replaced with a much more simple black and white look for icons and menus, which is a little bland but in keeping with Google's new minimalist look.

A slightly narrower font enables more text to fit under icons, while there are more controls and notifications for things like location services and anything else that might potentially share access to personal data.

Google Now is now more embedded into the user interface, and is always available from the left-hand homescreen panel – presenting useful information like weather forecasts, traffic information before you set off for work, sport results (although you can now hide football scores if you would rather wait until Match of the Day to find out), and reminders set to trigger when you arrive at a specified location.

Another feature is the always-on listening for a phrase to activate voice commands, first introduced on the US-only Motorola X. Say 'OK Google' and the phone springs to life even from standby, although for now it's officially for US owners only. You can enable it by changing your language settings, but it isn't optimised for British accents.

While it's too early to tell, there are a few concerns based on the spec that will need to be looked at carefully.

Firstly, is the battery going to do this phone justice? 2,300mAh is way below the 3,000mAh or above that high-performance models typically use, and this is as high a performance phone as you're going to get.

Simple physics means the Nexus 5 is at a disadvantage, but has the optimisation of Android 4.4 done anything to compensate? Testing out the battery will definitely be high on the list of things to do. 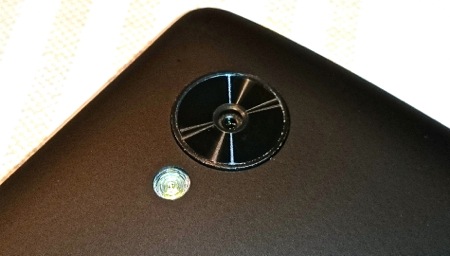 And, secondly, the camera. Is it going to be special, or just something LG bolted on to tick a box? Nexus devices have never been known for fantastic imaging, but this time around there's an 8-megapixel camera with optical image stabilisation, so it should stand the best chance yet.

From a few quick test shots, it looks like it might well have potential, especially as I nearly blinded myself from looking at its extraordinarily bright LED flash. 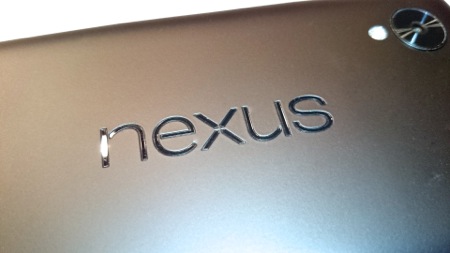 Carphone Warehouse was initially offering the 16GB Nexus 5 for a very tempting £295 SIM-free, but it has since had a change of heart and increased the price to £429. I can't think of any logical reason to pay such a premium unless you're absolutely desperate to get one immediately (stock permitting).

The SIM-free option will of course also let you connect on selected networks if you fancy going down the contract route, and will even throw in a Nexus 7 tablet for free on selected deals, while Three is also stocking the 16GB model for connection to its network, with the promise of no extra cost for using 4G when it launches before Christmas. You can also pick it up for £399 on prepay.

For a 32GB model, which would be my personal recommendation if you don't want to be removing and re-installing games, O2 has bagged an exclusive in the UK – but it will cost you a fair bit should you want to get it SIM-free.

As for other sources - there's always eBay, where you'll find any number of people seeking to profit from high demand.