Indie games developer Alejandro Zielinsky has released Poly Vita, a new puzzle game for iOS which we also featured recently in our Pocket Gamer LaunchPad #3 event. It’ll also be coming to Android later down the line.

As we pointed out then, the game uses a lovely aesthetic that reminds us a bit of Monument Valley, which the developer has even cited as a big inspiration on their social media.

In Poly Vita, you go on a journey through a bunch of different dreamlike locations, solving intricate puzzles to help the protagonist, Maya, find soul fragments in her subconscious. The main goal of each stage is to build a path which links each of these soul fragments together and create an exit for her.

There are 30 levels altogether in Poly Vita, with the developer promising each one is a good challenge. The stages are presented from an isometric point-of-view on small floating islands, similar to Monument Valley, and features a minimalist art style with relaxing sound effects.

Speaking of sound, the game has an original soundtrack that uses an arrangement of beautiful, haunting piano scores to accompany you on your adventures through Maya’s mind. Check out the video below to see how the game looks and sounds. 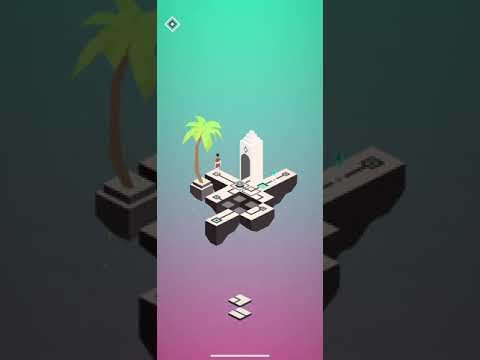 This is the second game to come from Zielinsky, who has also released the endless platformer Pocket Climber. In addition to this being a different genre, intended as a relaxing puzzler rather than an intense platform game, Poly Vita is also using a different pricing model. It utilises a one-time price rather than the free to play model Pocket Climber used.

Poly Vita is now available on the iOS App Store, where it is a premium title costing $3.99. An Android version on Google Play is coming soon.