Time to dig out your old cartridges

The Poke Transporter and Pokemon Bank have been out for a while now, but maybe you haven't got around to downloading them or firing them up.

The Poke Transporter is an application simply for moving Pokemon from Pokemon Black, White, Black 2 and White 2 to Pokemon X and Y. You can transfer 30 Pokemon at a time with it, directly into your Pokemon Bank.

Pokemon Bank is used for storing Pokemon outside of your game cartridge.

Here's a bit of convincing as to why you should make use of the Bank, as well as rummage through your drawers for your old cartridges...

Chances are if you fired Pokemon Bank up already, this was one of the main reasons. A free, legit Celebi. Legit because it'll have a small blue pentagon on its stats screen, meaning it's been received this generation.

Any Pokemon brought over from earlier games via the Poke Transporter will not have this seal, so they could be hacks.

While you have until September 30th to log in and collect your free Celebi, the free trial for Pokemon Bank ends on March 14th, after which it'll cost you £4.49 / €4.99 for the year, so get to it! If you haven't yet nabbed it, we have a handy guide on how to do so here. 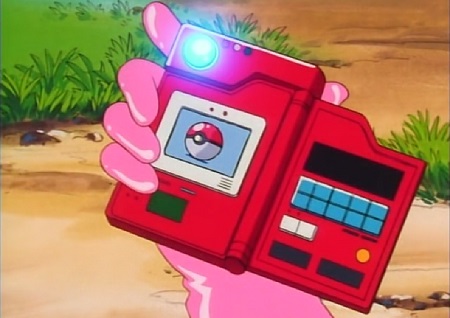 If you have a brother, sister or friend with a copy of Pokemon X or Y (or both versions of the game yourself), Pokemon Bank allows you to trade all your Pokemon over between versions within minutes. 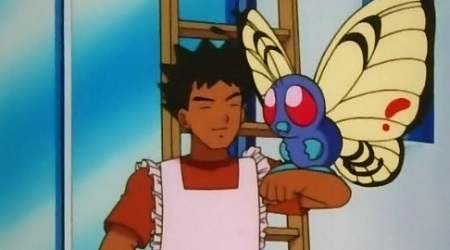 Fancy yourself as a bit of a Pokemon breeder? You probably need a bit of space then if you're practicing a bit of the ol' matchmaking. In Pokemon X and Y you can store a maximum of 942 Pokemon... not that many when you consider there are 718 Pokemon available so far, not including alternate forms for many of them.

Pokemon Bank, however, has room for 3,000 Poke-critters. That's plenty of room for a complete Pokedex, trade fodder and plenty more besides.

Both Battle Points and Poke Miles can be earned by storing Pokemon in Bank. Poke Miles aren't that big a deal though - if you're already battling online and wonder trading you should be earning plenty, and all you can spend them on are items like Rare Candies and PP Ups.

Battle Points on the other hand, can be spent on really elusive items that can help you with Effort Value training, battling, and even changing your Pokemon's Ability.

The best way to earn as much BP as possible is to store anything and everything you catch or breed in Pokemon Bank. The more you store, the more your daily reward.

5. Blast from the past

If you've been playing Pokemon since the series' inception, chances are that you have a solid team of level 100 'mons that have been bred and trained just the way you like them.

Well, thanks to the Poke Transporter, if you're willing to go through all the faff and aggro that it takes, you can bring any and all Pokemon across from the Game Boy Advance generation onwards - that's from over ten years ago! 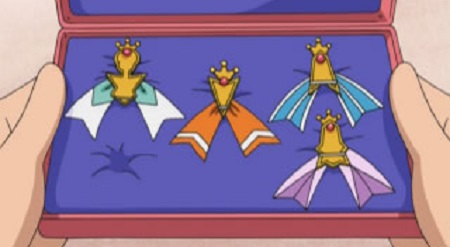 A bit of an extension to the last reason, but one that might have passed you by: Since Pokemon Ruby and Sapphire, your Pokemon have been able to earn Ribbons.

These are effectively achievements, ranging from purifying a Pokemon from one of the GameCube spinoff games to passing one of those horrible beauty contest minigames or yore.

If, like me, you have no life, up to 66 Ribbons can be earnt from previous games in the series, with several more Ribbons that can be earnt by bringing them over to X and Y via the Poke Transporter. 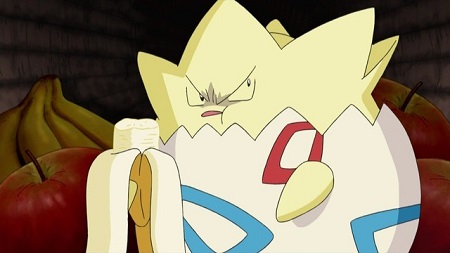 In earlier games in the series, some Pokemon had different movesets as they levelled up, which can no longer be learnt in the current games, even through breeding.

Special Move Tutors were available too, teaching moves like Selfdestruct and Headbutt to Pokemon who have no way of learning them now.

Want a Togekiss with Tri Attack? The only way is to purify the special Togepi from Pokemon XD on the GameCube, then transporting it from game to game until it lands in your copy of X or Y. It can't have the move any other way.

Some sought-after Egg Moves can only be bred down from Pokemon in the earlier games. For example, if you want to pass Defog down to a Scyther, it has to be taught to a compatible breeding partner via HM05 in Pokemon Diamond, Pearl or Platinum, then transferred across to Pokemon HeartGold or SoulSilver, imported to Black, White, Black 2 or White 2, then finally dropped off in X or Y. Talk about hassle.

One of the new features of Pokemon X and Y is that Poke Balls can be bred down to new generations of Pokemon via the mother's side.

In turn, this means that if you bring across female Pokemon from earlier Pokemon games, which had different Poke Balls, you can customise your Pokemon breeding experience even further.

If you are familiar with HeartGold and SoulSilver, you may recall a fellow named Kurt, who would make special Poke Balls if you brought him coloured Apricorns. These are probably the fanciest Balls you can get for a Pokemon.

There are also Dream Balls, which were used to catch Pokemon in Pokemon Dream Radar as well as the web-based side game connected to Pokemon Black, White, Black 2 and White 2.

Does any of this matter? Well... not really, it's completely cosmetic. However, I personally like the idea of bringing the prize-winning female Pinsir I caught in a Sport Ball for the Bug-Catching Contest in SoulSilver, then breeding a perfect Mega Pinsir from it.

Time to take a deep breath and tell you all the Poke Balls that aren't available in the current generation that you can bring across (as displayed above): Fast Ball, Friend Ball, Heavy Ball, Level Ball, Love Ball, Lure Ball, Moon Ball, Sport Ball, Safari Ball, and Dream Ball.

The two exceptions that can't be bred down are Master Balls and Cherish Balls. Park Balls (used for catching Pokemon from the Game Boy Advance titles in the DS titles) revert to the Poke Ball the 'mon was originally caught in X and Y.

Of course, you are limited to passing down these balls to the same Pokemon you caught in each Ball originally, but it does mean you can keep breeding until you have a Pokemon with perfect Individual Values.

9. Complete the National Pokedex for the Shiny Charm

Completing the National Pokedex (i.e. collecting absolutely every Pokemon, not including variant forms), then talking to Professor Sycamore in his Lumiose City lab nets you the Shiny Charm, which increases your chance of getting shiny (very rare, alternate-coloured) Pokemon.

As so few people have yet to earn this item, that there is still some mystery surrounding it. No-one knows definitively whether this item improves your chances of both finding shiny Pokemon in the wild as well as increasing the chance you'll breed a shiny Pokemon.

This key item, combined with using the Masuda Method for breeding, or Poke Radar for encountering, means your odds of getting shiny Pokemon will be the best they've ever been in the series.

To complete the National Pokedex you'll need to have caught, bred or traded for every Pokemon available in X and Y, plus the 125 Pokemon not available in any way, shape or form without either using the Poke Transporter or trading online.

JoeM86 of Serebii has made a handy list of the easiest ways to get each of these 125 missing 'mon yourself here. After all, if you catch them yourself you can have your nickname as Original Trainer. Who wants some musty old second-hand Pokemon?