In Zygarde we trust

The Pokémon revealed are to appear in the upcoming Pokemon XY & Z anime.

The one most worth looking at is Pokémon X and Y's third Legendary, Zygarde, and it has new forms.

It now has five forms, in fact: a blob, a cell, a dog, the snake-like one we're used to, and a new Mega Evolution. They're called Core, Cell, 10%, 50%, and Perfect Formes, respectively. 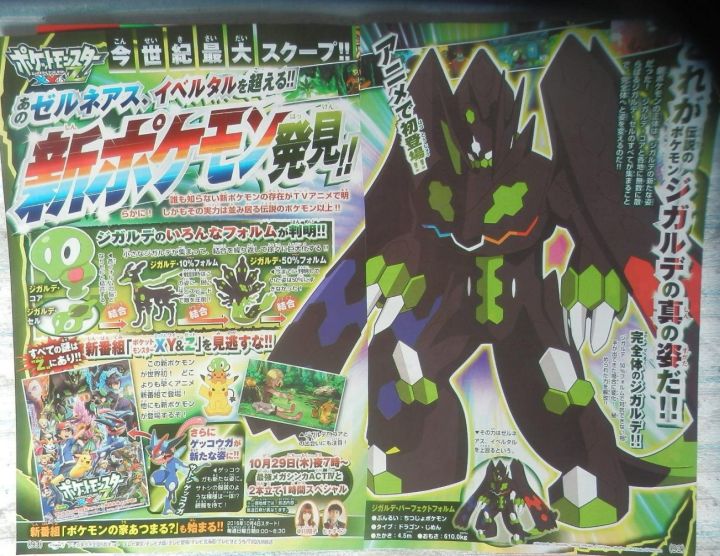 We're expecting another Pokémon game to be announced for 2016 at some point. And many have speculated that it'll be "Pokémon Z" (following X and Y) due to this upcoming anime.

With Zygarde being developed in this way it seems more likely that the next game will revolve around it.

The other Pokémon shown in the leaked images of the magazine is less exciting.

It's a new colour variation of frog-ninja Greninja that is oddly similar to Ash's clothing. I guess

Destructoid
Next Up :
Myst Mobile, a new and improved 3D remake of the legendary 1993 puzzler, is due out sometime in the future on iOS