When a new Pokemon game comes out on iOS, it should be something to get excited about. It should be the sort of thing I dive face first into in order to make sure that you, our dear readers, know exactly what to expect.

And that's exactly what I tried to do. But there's a problem with Pokemon Duel. And it's a pretty massive one when it comes to telling you whether or not you should play it - as it stands right now, it's pretty much unplayable.

Or at the very least you're going to need a lot of patience just to get to the single player parts of it. And as it stands, the multiplayer parts are an exercise in twiddled fingers, mispressed buttons, and grumpy tuts.

The game is essentially a boardgame. You've got a set of six Pokemon, and the aim of the game is to get one of them to your opponent’s goal space. All the while trying to protect your own.

Imagine chess, Go, and backgammon all sort of mixed together. But with a bit of Magic the Gathering thrown in. And probably just a smidgen of wheel spinning as well. There’s a lot going on.

It might sound a bit complex, but it’s pretty easy to get the hang of things once they've been explained to you. And moving your monsters around is as simple as tapping on a grid.

The battles involve stopping a spinning wheel. These are marked with different moves and different sized sections depending on which Pokemon you’re using. 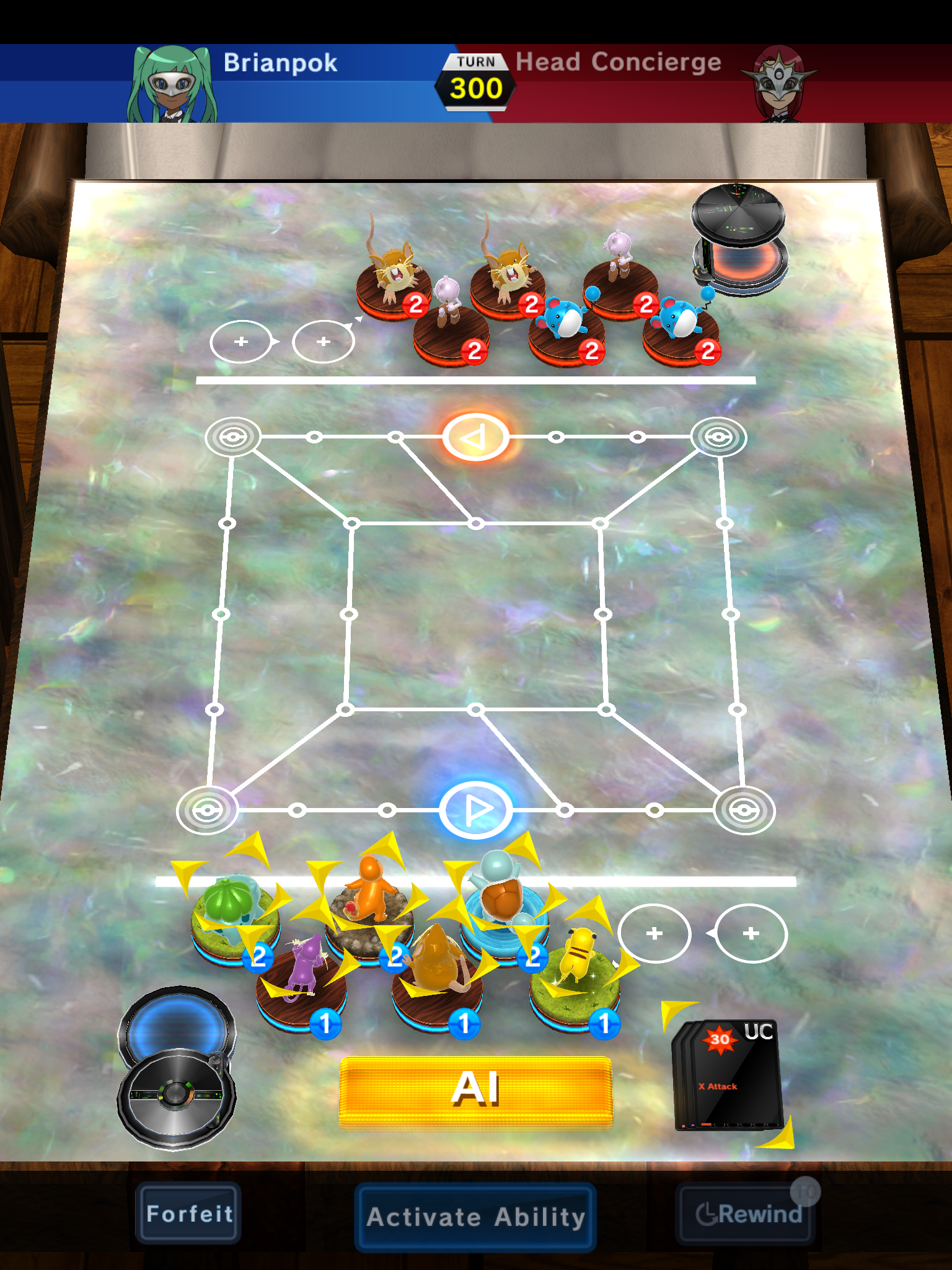 They're short, swift, and you don't have to engage in them if you don't want to. You've also got a helper AI that'll move your pieces around if you can't figure out what to do.

It should all be brilliant. It should all be an interesting antidote to the more fast-paced play of the likes of Clash Royale. But alas, there are some big problems here.

And the biggest one is the connection. You'll tap something on a menu and be stuck waiting for a ridiculously long time for anything to happen. And you won't even realise for a bit, because the only indication is a spinning icon in the bottom right.

Then there are the crashes, and the stupidly long waits to find an opponent in the online matchmaking. And quite frankly it's nowhere near good enough.

There might be an excellent game here. And from what I've actually managed to play, there really is. There's such potential here, but right now it's being wasted.

And that's why I’m not recommending Pokemon Duel. It’s why I'm not even giving it a score. Because right now it doesn't work. When it does it might be something special, but as it stands it's not worth your time.

It's broken right now, and we'll come back to it when it isn't, if it ever gets fixed
Next Up :
Warhammer 40,000: Tacticus review - "An approachable strategy to a grimdark future"